In the words of Mangala Devi Singh

It was a cold winter morning. We had been hearing rumours. Harishwar Dayal, Indian Ambassador to Nepal had been warning us. “Democracy’s death is arriving. A big announcement is coming soon. Brace yourselves”, he had warned.

While we were concerned, we weren’t worried. Two months down the line, Queen Elizabeth II along with her husband Prince Philip was scheduled to visit Nepal. We were of the view that King Mahendra would not take any drastic decision to snatch power before her arrival.

15th December, 1960: Ganesh Man Singh and other leaders are arrested 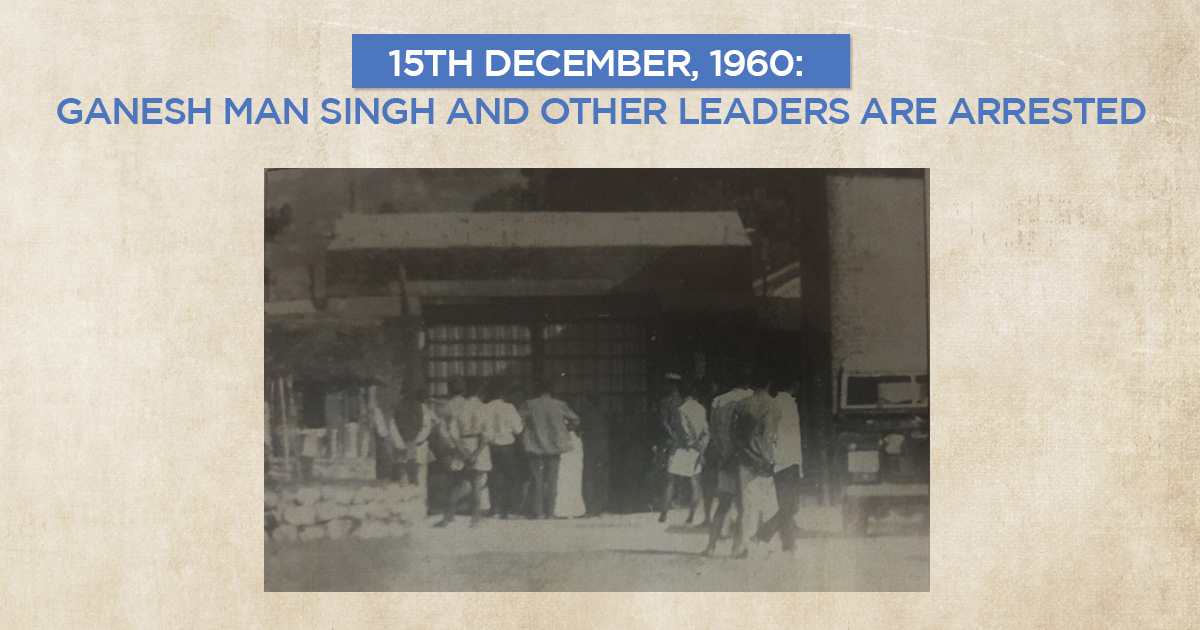 On the morning of 15th December, 1960, King Mahendra was issuing orders from his royal palace. Meanwhile, leaders of the incumbent government were inaugurating Nepal Tarun Dal – youth wing of Nepali Congress at Thapathali.

While the leaders engaged in the ceremony, they were unaware that the military had circled the building. Soon, a senior army officer entered the hall and informed Prime Minister B P Koirala that he and other leaders were being summoned by the King.

Koirala, Singh and other leaders obliged, and got into a military vehicle. Only when they realized the vehicle weren’t taking them to the Royal Palace but Singha Durbar, they realized something was amiss. 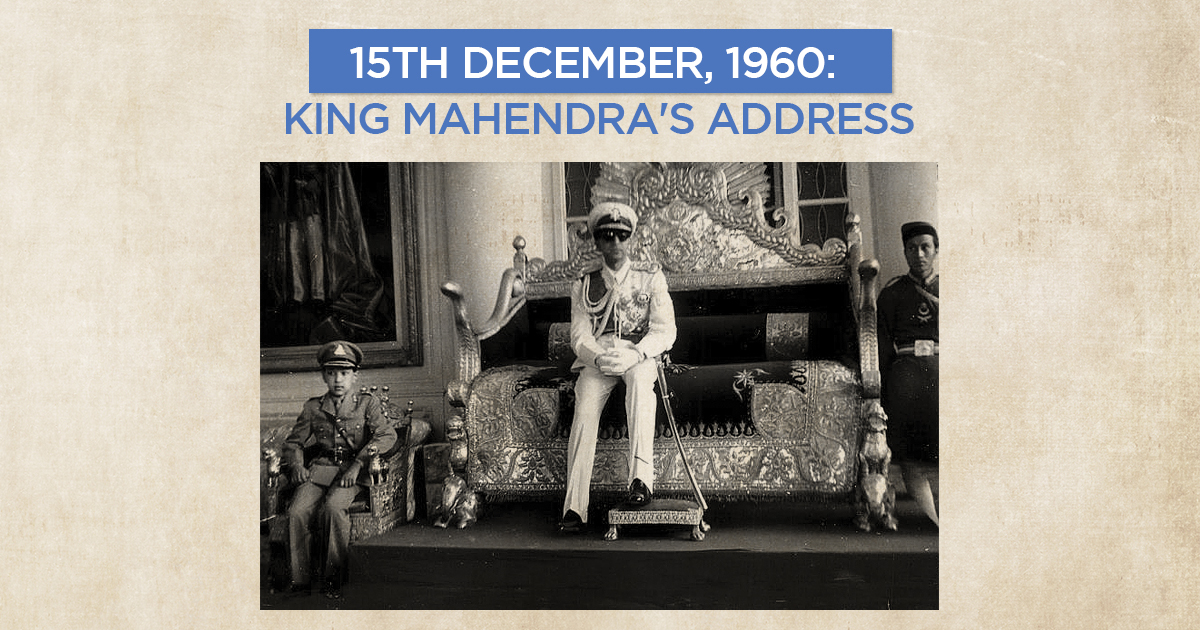 Two years ago, we organized general elections in the country with the hopes that the leaders elected by the public will work towards the development of the country, and for the benefit of the people. Nepali Congress emerged victorious and came into the government, and we believed that Nepal’s era of political stability had begun.

We constantly reminded the elected leaders of their duties. We believed the leaders would put aside their personal interests, and work for the country, but the opposite happened. Nepali Congress has fostered corruption in the country.

Therefore in interest of national unity, and to protect our sovereignty, by the power vested in me through Article 55 of Nepal’s Constitution, I am dissolving the ministerial cabinet. Until a form of government hasn’t been announced, the nation will be under my direct rule.

Government employees, those employed in the civil services are expected to continue with their duties. Meanwhile, we will continue to maintain our diplomatic relations.

May Lord Pashupatinath protect us and our nation.