Amidst all the political instabilities, Nepal’s new found democracy was suffering the most. In 1957, a year after King Mahendra’s coronation, he sat down with Subarna Shumsher and other leaders to decide upon a date for the general elections. In the meeting, King Mahendra pledged to organize the elections within six months. That however did not happen.

Later in the year, several political parties began staging demonstrations demanding timely elections. Protests were staged in Charkhal, outside Singha Durbar, and the Supreme Court. Finally, King Mahendra paid heed, and announced the elections would be held in February, 1959.

However, while the elections were supposed to be held to decide a Constituent Assembly, King Mahendra in the announcement said the elections would elect Nepal’s First House of Representatives.

Nepali Congress opposed this decision, but King Mahendra had the support of other fringe parties and the power to decide upon this, hence, elections would eventually be organized to elect Nepal’s lawmakers. 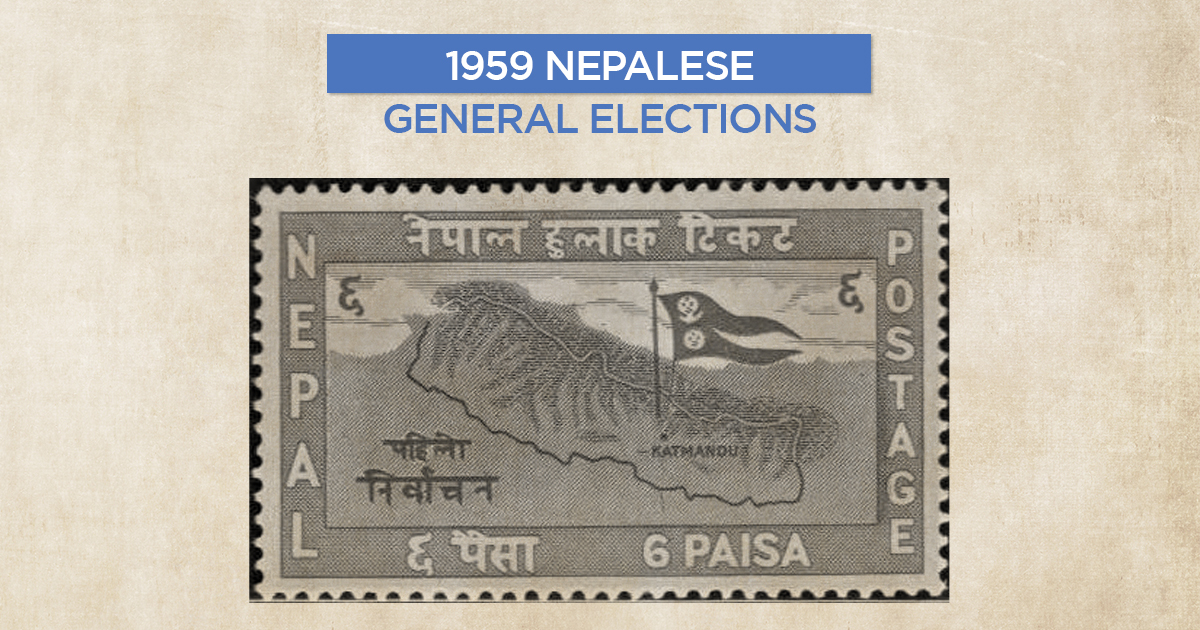 The 1959 Nepalese General Elections to elect Nepal’s 109 members of the first House of Representatives was held from 18 February to 3 April, 1959. They were held under the provisions of the 1959 Constitution which had been adopted on 12 February. An estimated 4.25 million people were eligible to vote from Nepal’s 8.55 million population.

A total of 786 candidates competed for 109 seats, mostly from 9 major parties along with a few independent candidates.

Four parties secured the designation of ‘National Party’ in accordance with the Election Act of Nepal 1959. Nepali Congress became the ruling party with Nepal Rashtrabadi Gorkha Parishad in the opposition. B P Koirala was elected Prime Minister and Krishna Prasad Bhattarai House Speaker.

This government however was to last less than two years.

I was asked to withdraw my nomination

I was supposed to contest the general elections from Bhaktapur. However, my husband Ganesh Man Singh was running from Kathmandu 01. While being a key area in itself, Ganesh Man Singh also had a strong leader competing against him – Pushpa Lal from Communist Party of Nepal.

B P Koirala himself came up to me and said:

“Mangala Ji, it is not that we do not wish you to contest the elections. To have such strong female candidates and their eventual victory would be a matter of great pride for the party. However, Ganesh Man Ji is also contesting, and his competition is strong. If Ganesh Man Singh loses, it would be a matter of great shame for the party. If you and Ganesh Man Ji contest, resources will be divided, and so will our strengths”.

I agreed with his view, and retracted my nomination to lend my full support to Ganesh Man Singh’s campaign.