Advice from other leaders, and an attempt to connect with the royal palace

Asking for advice from other leaders, and an attempt to connect with the royal palace:

Meanwhile, in India, where Ganesh Man Singh, Koirala and other leaders were living in exile – discussions for and against returning to Nepal continued. After the decision to return to Nepal was almost informally finalized, leaders in exile began their efforts to connect with other politicians living in Nepal.

Koirala personally wrote letters to Tanka Prasad Acharya, Dr. Dilli Raman Regmi, Surya Prasad Upadhyaya, Dr. Keshar Jung Rayamajhi, and Man Mohan Adhikari – informing them about their decision to return to Nepal, and asking for their advice on the same. Other letters were also sent to professors, lawyers, and other political intellects.

Similarly, the leaders also tried to understand what the response of the royal palace would be after learning of their decision to return to Nepal. First they thought of sending a message via then Nepalese Ambassador to India Bedananda Jha. Bedananda Jha was the founder of the Nepal Terai Congress – however, later he became a pro-monarch and served as a cabinet minister and Nepal’s Ambassador to India during the Panchayat period. However, later the leaders abandoned the idea because they believed Jha might not deliver the message, or worse, distort the message.

There Singh explained the reasons behind the leaders’ decision to return to Nepal – and trusted him with a parcel containing a recorded message (cassette) for the king’s ears.

“We wanted the king to know of our decision to return, therefore had made several parcels and trusted different people to deliver the message”, Singh shared with Mathbar Singh. 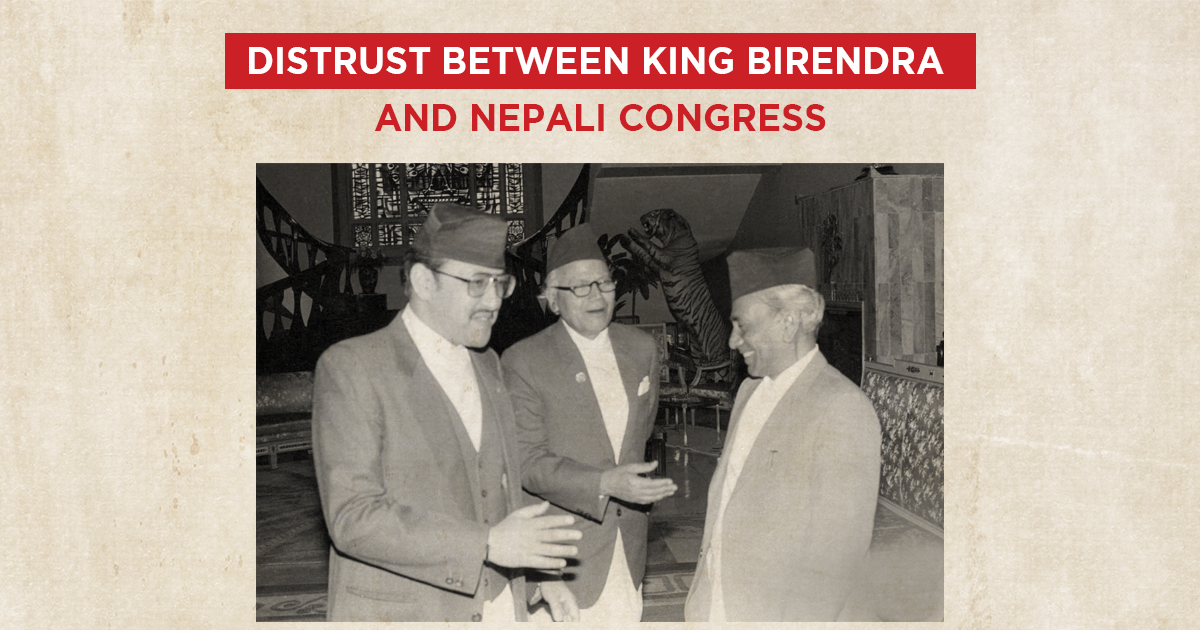 “We did not have any ulterior motive behind sending the message (cassette) to King Birendra. We just wanted to clarify our party’s views on Nepal’s political scenario, and our intention to work towards changing it. The message needed to be sent because at the time there wasn’t any avenue for pursuing political dialogue between the palace and Congress. All bridges that would lead towards dialogue had already been destroyed – the Panchayatis had made sure of that”, Singh tells Mathbar Singh.

“We weren’t able to reconstruct the burnt bridges – and distrust between the king and political leaders continued to grow”, Singh added.

For Singh, and other political leaders, it was also important that the king hear the leaders’ message directly – therefore resorted to sending audio tapes. “If the message was to be relayed by a king’s messenger, much of the content would have been lost in translation – either by purpose, or unknowingly”, Singh shared.

“And lastly, if in the past we had made all of our views, decisions, and reservations known to the king loud and clear, why would we hide and enter Nepal this time?” Singh said. 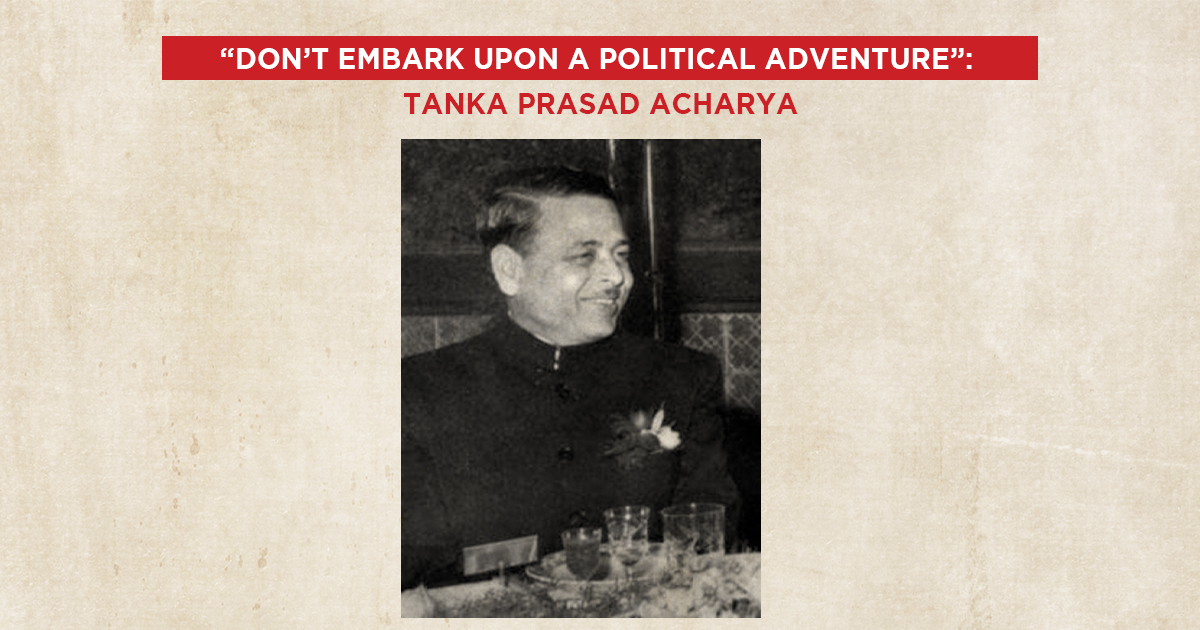 Meanwhile, the messengers carrying Koirala’s letter from India had reached Kathmandu. Because Tanka Prasad Acharya was one of the most respected political leaders of the generation, Singh had assigned a special messenger to deliver Koirala’s letter to Acharya.

After reading the letter, Acharya sent a strong message discouraging the leaders from returning to Nepal.

“Your decision to return will be a big blunder. Political adventures are important while pursuing political change – but that does not mean you take such silly risks. Decisions have to be made with care. Exiled leaders returning to Nepal will be a political adventure, but also a very big mistake”, Acharya said to the messenger, which was relayed promptly.

Other leaders were of the same view – that the state could take very harsh decisions upon us, including capital punishment; therefore returning to Nepal would not be a good idea.