Democracy Series (Phase II) – Why does the story jump 23 years?

Thank you for following our #DemocracySeries journey – as we know the primary source of text that has been used to compile the life and values of Ganesh Man Singh is from Mathbar Singh Basnet’s “Autobiographic Memoirs of Ganesh Man Singh (Nepali: मेरो कथाका पानाहरु), it is important to add a note from the author here – to explain why the story jump from 1953 to 1976.

In the words of Mathbar Singh Basnet:

Mero Kathako Panaharu is a six volume autobiographic memoir of Ganesh Man Singh. The third volume concludes with Matrika Prasad Koirala’s suspension from Nepali Congress, his subsequent formation of Rastriya Praja Party, and appointment as Prime Minister by King Tribhuvan. Naturally, the story should have progressed from there itself.

It isn’t that the incidents that happened from 1953 to 1976 weren’t important – in fact, they were very important, and serve as a foundation to the next phase of struggle for democracy in Nepal. Singh, from 1953 – 1957 visited all districts of Nepal, and became a beloved leader of the masses.

Earlier, the public had only heard his stories; however, as he went from village to village, he connected with everyone, and became a popular leader. 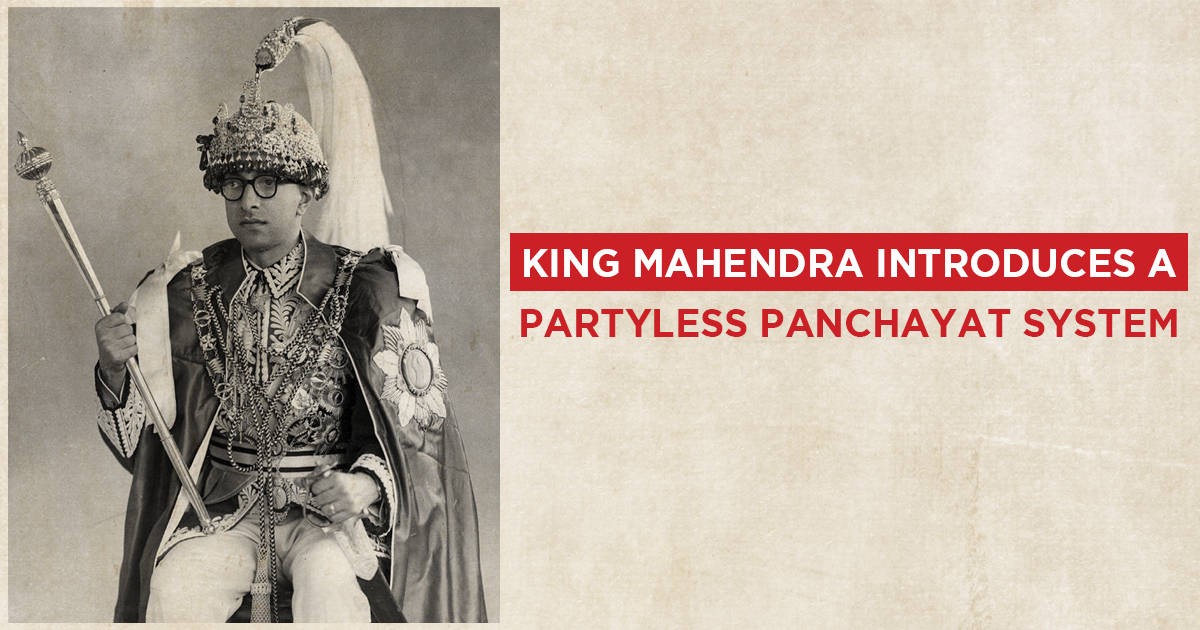 With the formation of the new government, work within various sectors picked up pace. Nepal was the first nation in South Asia to recognize Israel on June 1, 1960 and the first South Asian nation to host the resident Embassy of Israel in Kathmandu. However, Nepal’s journey as a democratic nation was short-lived.

The fourth edition of “Mero Kathako Panaharu” begins from 1976 AD, the exact time when B P Koirala and Ganesh Man Singh, both who have been living in exile in India decide to return back to Nepal. It may seem that a significant portion of the story is missing – however, that’s not the case, and it is an editorial decision to bring into perspective the events that unfold.

Of course, we will be revisiting several important episodes is the form of flashbacks.

B P Koirala had four guiding principles towards achieving democracy:

After the death of B P Koirala in 1982, Nepali Congress’s leadership was divided between Ganesh Man Singh, Krishna Prasad Bhattarai, and and Girija Prasad Koirala. Singh and other leaders continued to engage in dialogue in adherence to the above principles with the King, however were not able to realise change.

Eventually, it was realized that to reinstate democracy in Nepal, the party had to confront the king, had to build an alliance with the communists, and had to lead mass movements – therefore, the 1990 People’s movement.

The story has therefore jumped from 1953 to 1976 – to allow perspective, and will continue to revisit important past episodes. So that there is no confusion within the future generation researching on Nepal’s path towards democracy, this clarification has been made.