An important development of the interim government of 1951 AD was the successful formation of Nepal’s first independent courthouse (Pradhan Nyayalaya) and the appointment of its Chief Justice Hari Prasad Pradhan.

Ganesh Man Singh: “Democracy is a system of the people – tied together by a fair and just judiciary system. In a democratic country, the law must be equal for the king and its subjects. A citizen, when seeking justice, must be able to reach out to a court. In the case of Nepal, we did not have an independent courthouse. Therefore, for the government, and to ensure democratic principles were not limited to words, it was essential to establish a courthouse”.

Therefore, in July, 1991 AD, the government was able to officially inaugurate the Pradhan Nyayalaya.

Hari Prasad Pradhan of Darjeeling, who had studied law from Calcutta University and was practicing law in West Bengal and Sikkim, was appointed Chief Justice by King Tribhuvan. His name was recommended by Home Minister B P Koirala. The king had to invite him as there wasn’t a similarly qualified person available in Nepal.

“Hari Prasad Pradhan made an enormous contribution towards laying the foundation of Nepal’s judiciary system. Owing to lack of a judicial infrastructure, Pradhan had to begin work from scratch”, Singh tells Mathbar Singh.

His work was so commendable that King Mahendra re-appointed him as the Chief Justice for a second term in 1961. He is also said to have paved the way for women to practice law in Nepal. 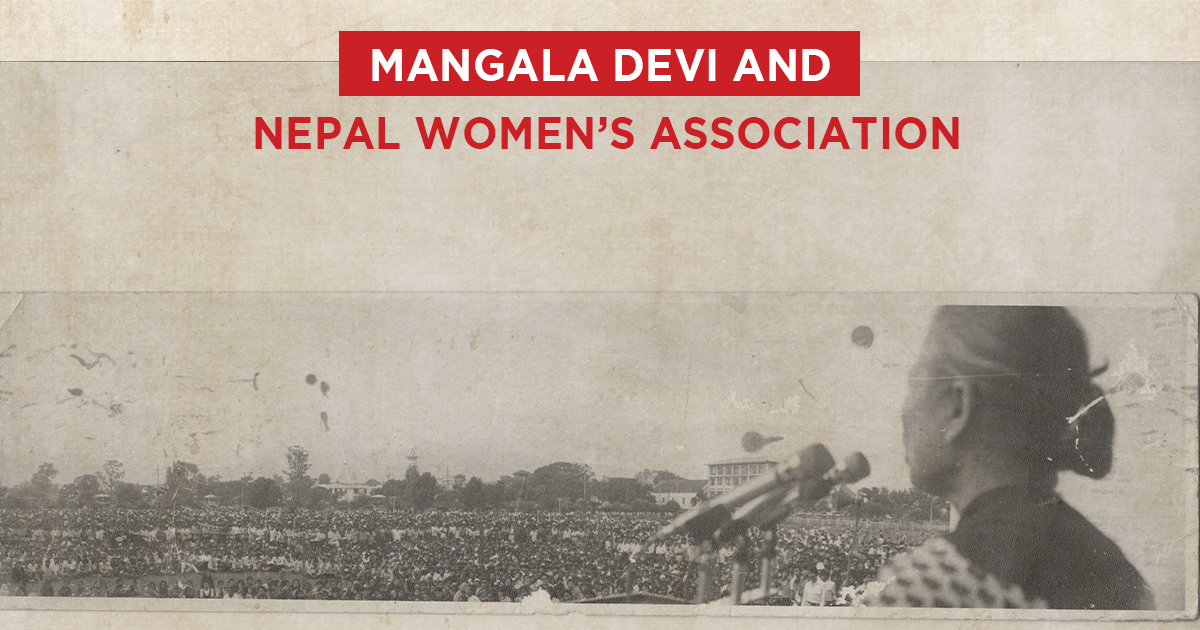 Another important achievement towards championing human rights during the 1951 government was the establishment of Nepal Women’s Association (Nepal Mahila Sangh)’s Central Office, and its first public assembly.

Although, Nepal Women’s Association was established in 1947 AD under the presidency of Mangala Devi, wife of Ganesh Man Singh  – the association was not awarded official recognition until 1951 A.D. In 1947, the association which included women-right championing stalwarts of Nepal including Mangala Devi, Sahana Pradhan, Sadhana Pradhan amongst others, had demonstrated solidarity with the national Satyagraha – a formal protest against the Rana rulers of Nepal. However, it wasn’t until the hosting of the first public assembly that an important step towards future recognition of women’s political rights in Nepal.

“The public assembly/session of Nepal Mahila Sangh was an important step. At the time, women weren’t discouraged to participate in national and local politics by the state, but in fact by their own family. There were a few bold women who would defy family instructions to protest against the Ranas, or lend any form of support to the revolutionaries – the formalization of 1951 encouraged more women to exercise their political rights”, Singh said.

The contribution of Nepali women towards establishing democracy in Nepal had reached the royal palace grounds too. Therefore, King Tribhuvan accompanied by both his queens Kanti Rajya Laxmi and Ishwari Rajya Laxmi had reached the inauguration ceremony of the assembly in New Road near the Pipal tree.

Upon request of King Tribhuvan, the function was formally inaugurated by elder Queen Kanti Rajya Lakshmi.

The women association’s office – the Rama Bhavan in New Road too was donated by General Singha Shumsher J B Rana, along with a cash donation of NRS 6,000.

“Governance is an interesting thing – I had never imagined that I would have to witness the arrest of someone who I had once considered a leader”, Singh shares his view before narrating about the events that led to the arrest of Tanka Prasad Acharya.

Tanka Prasad Acharya and Singh shared a long history – Acharya had been a founding member of the Praja Parishad, Singh had begun his political journey with an affiliation to the same. Both had been arrested and served a jail term in Singha Durbar in the 1940s.

“I have always admired, and continue to admire Acharya’s political resilience”, Singh had told Mathbar Singh. “However, the situation was such that Acharya’s arrest was of national interest”.

“Although, there had been tensions between the government and Tanka Prasad Acharya’s faction since earlier, but a standoff during a football match escalated things to a point of no-return”, Singh recalls.

An ongoing match at Singha Durbar was being refereed and lines-manned by police officers of the Liberation Army (earlier a revolutionary wing of Nepali Congress). A stand-off occurred and the team members started blaming the referee and linesmen of biasness. The attending crowd, many whom were members of the Tanka Prasad Acharya’s faction, started throwing rocks at the ground. Violence erupted in several parts of the valley, and the government had to put Tanka Prasad Acharya under arrest.