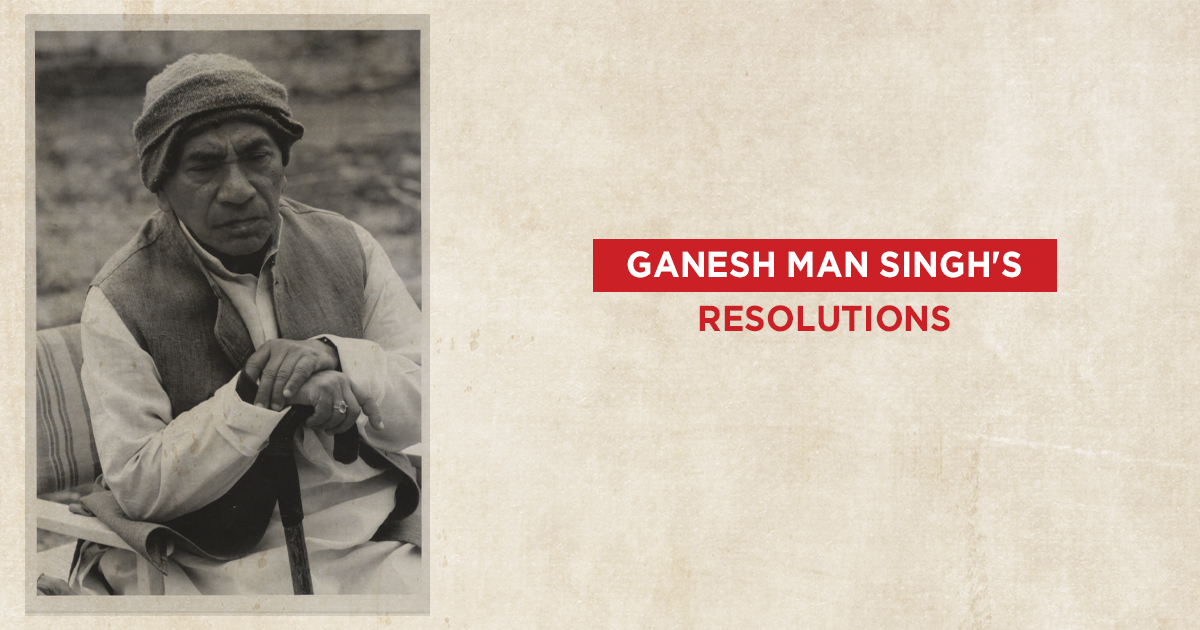 In the months of February and March of 1990 AD, the People’s Movement in Nepal had spread across the nation like wildfire. Planned in three phases, the movement was successful in bringing the government’s attention towards the demands of the people.

In April, 1990, towards the end of the revolution, Ganesh Man Singh made three resolutions from a hospital bed in Bir Hospital:

In terms of the possibility of a dialogue, Singh was also determined that he would not participate in such dialogues.

“The struggle has been so real, so many people of died, and now there is no space for dialogue left anymore”, Singh would say. “Now, the king must agree to our demands, and then we can work out its execution together”.

While Ganesh Man Singh made his resolutions, King Birendra had some of his own reckoning to do. His government had largely underestimated the magnitude of the People’s Movement. 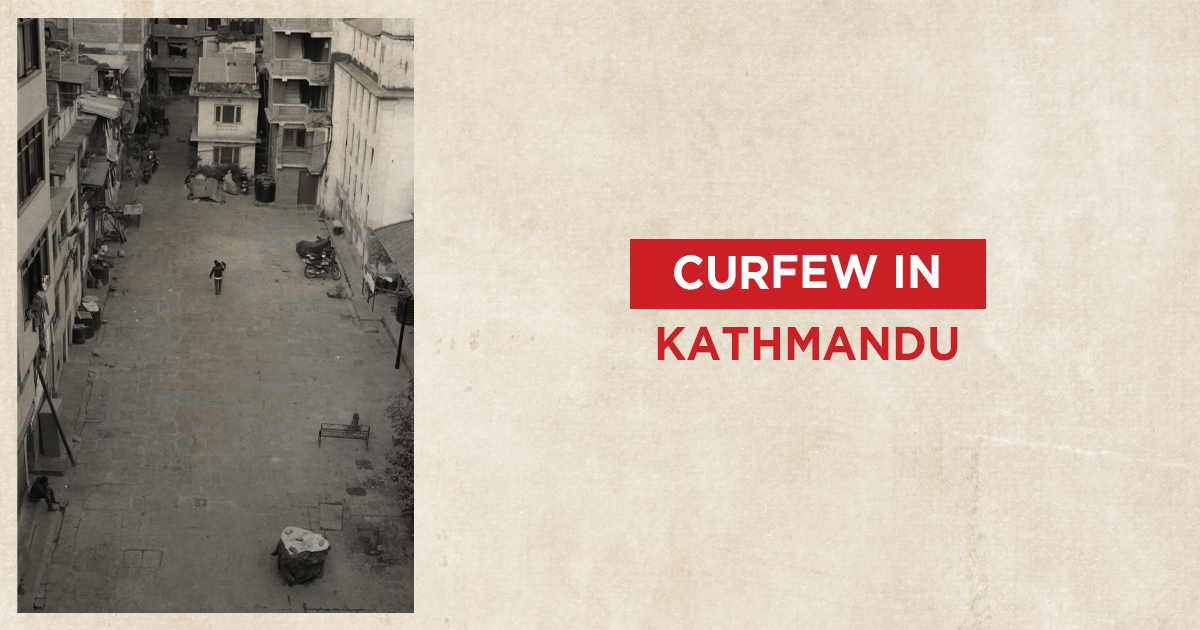 The new cabinet comprised of Lokendra Bahadur Chand as Prime Minister, Nain Bahadur Swar, Pashupati Shumsher J B Rana, Achyut Raj Regmi as ministers. The new cabinet immediately sprang into action, but first they had to quell the protests. Therefore, on 7th April, 1990 a valley-wide curfew was imposed. Sadly, an elderly lady in Lalitpur, who had unknowingly stepped outside of her home, became the target of a bullet, and was killed.

In the afternoon, the ministry started introducing changes to send a message to the leaders of the People’s Movement that the government was ready for change. They took the decision of releasing all political leaders including Sahana Pradhan, Padma Ratna Tuladhar and Daman Nath Dhungana.