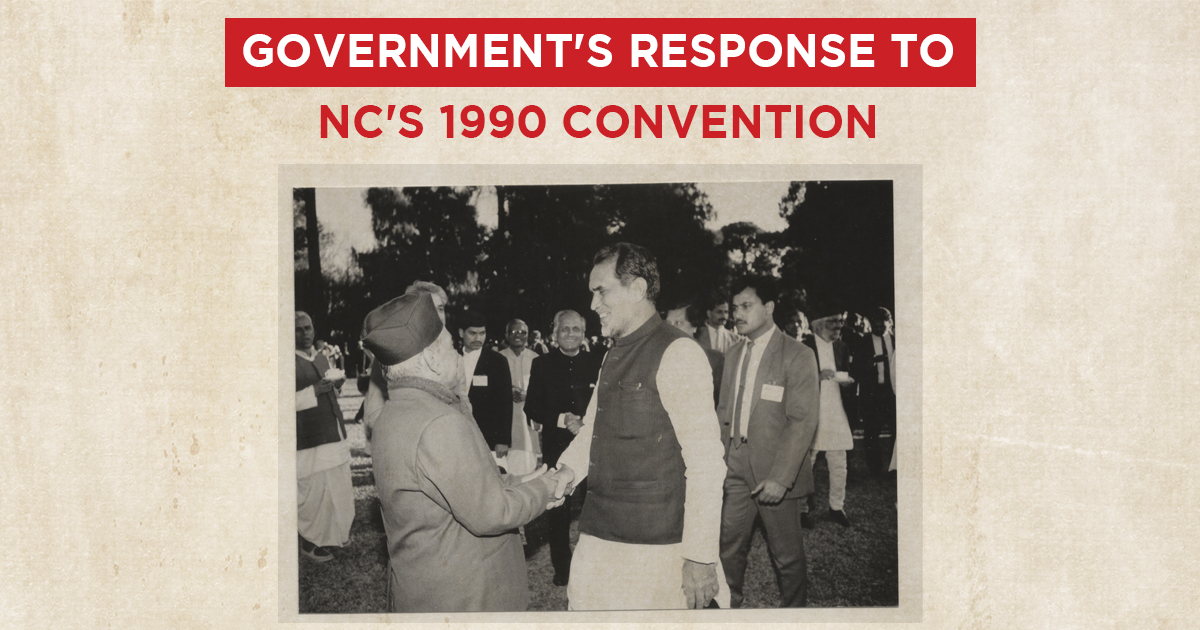 After widespread national and international support towards Nepal’s move for democracy, the government initiated actions. On 18th January, 1990, on the first day of NC’s general convention, then Prime Minister Marich Man Singh Shrestha and President of Panchayat Policy Inquiry and Investigation Committee Navaraj Subedi, along with other representatives of the Panchayat establishment sat for a meeting to come up with the following course of action:

Following up on their proclamation, a handful of senior Panchayat leaders reached The Sheraton Hotel in Baneshwor where Indian leader Chandra Shekhar was staying. They duly handed a letter on behalf of the Nepal government which said the following:

“We were of the belief that you are a responsible leader from India, and a good friend of Nepal. However, your actions in Nepal in the past two days speak otherwise. We have the right to believe that your prejudice is against the interests of all Nepalis.

Your actions have led us to believe that you are here to insult the Nepalese monarchial institution, and you meddling in our internal affairs is dangerous to Nepal. You have attempted to create a violent atmosphere in Nepal. Instead of speaking for the welfare of all Nepalis, you have purposely chosen to advocate for a few others in Nepal, and have established yourself as a judge while deciding what is right and wrong for Nepalis. We were of the belief that the colonial rule has ended in Nepal, however your meddling in internal affairs of other nations are seen as an action of suppressing your neighbours’ sovereignty. Please return home immediately, and initiate a deep introspection of your actions”. 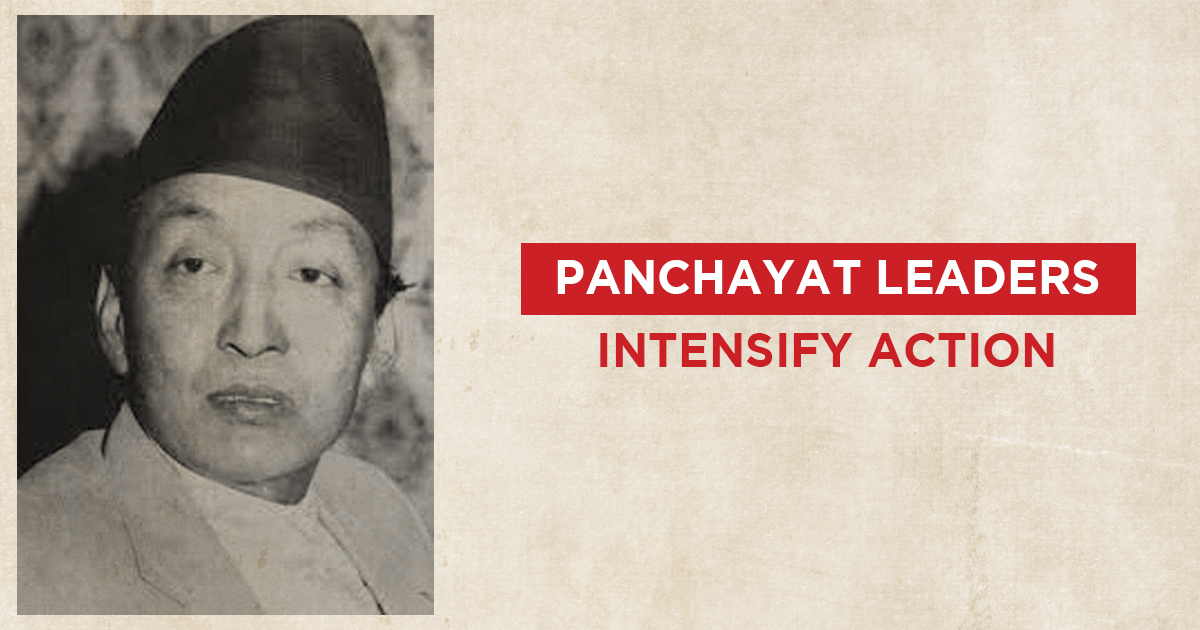 Panchayat leaders, as promised began a nationwide effort to counter pro-democracy movements. They would label democracy supporters as “anti- national, agents of international countries”, amongst other terms. Media and newspapers were filled with articles which would call democracy movements as

Furthermore, Navaraj Subedi in a televised interview had made the following points: