The letter was as follows (translated):

“It has been 29 years since the monarchy has forced an autocratic Panchayat system on its people. Rights of all Nepali people have been snatched – our mouths have been shut. We are unable to peacefully gather, or protest against the government. All kinds of rights, including political rights cannot be exercised. Nepalis are also deprived of universally accepted human rights.

The economic condition of Nepalis is deteriorating. Inflation is high, and unemployment is everywhere. Commission and smuggling has been the backbone of this country’s economics. Income disparity between the public and a handful of rich people is ever widening. Basic subsistence for the public has become difficult.

Nepalis are against the injustice, discrimination, and exploitation the Panchayat system entails. Nepalis are now alert and conscious. Today, there is no other way for Nepalis to attain their rights except by going out on the streets and protesting. Today, the entire country is fuelled for a revolution. The people of Nepal are demanding change.

Although communists and congress have differing political views, they are united for this cause. Even different factions of communist party have also united for this very cause, and the unity shall prove effective.

The unanimity within different political forces of Nepal is in itself historic – this is the right time to protest. Divisive politics within protesting parties of Nepal, practiced by the government shall no longer be effective. Today, Congress’ and Communists are united in their actions – “the end of partyless panchayat system to establish a multiparty democracy”. Therefore we appeal to all Nepalis who desire peace, progress, and democracy, be  it democrats, leftists, labourers, students, youth, peasants, workers, teachers, lawyers, journalists to support the movement. If we are united, no one can break our resilience. The people’s movement is the movement of the people. Let us all keep our fears aside and give our support to the movement. Truth is our power, and truth will emerge victorious. The sun is setting over Nepal’s panchayat system.

The future is ours; its political vision will be ours. Therefore, come, let us join hands and fight for Nepal’s multiparty democratic system. Change is inevitable. 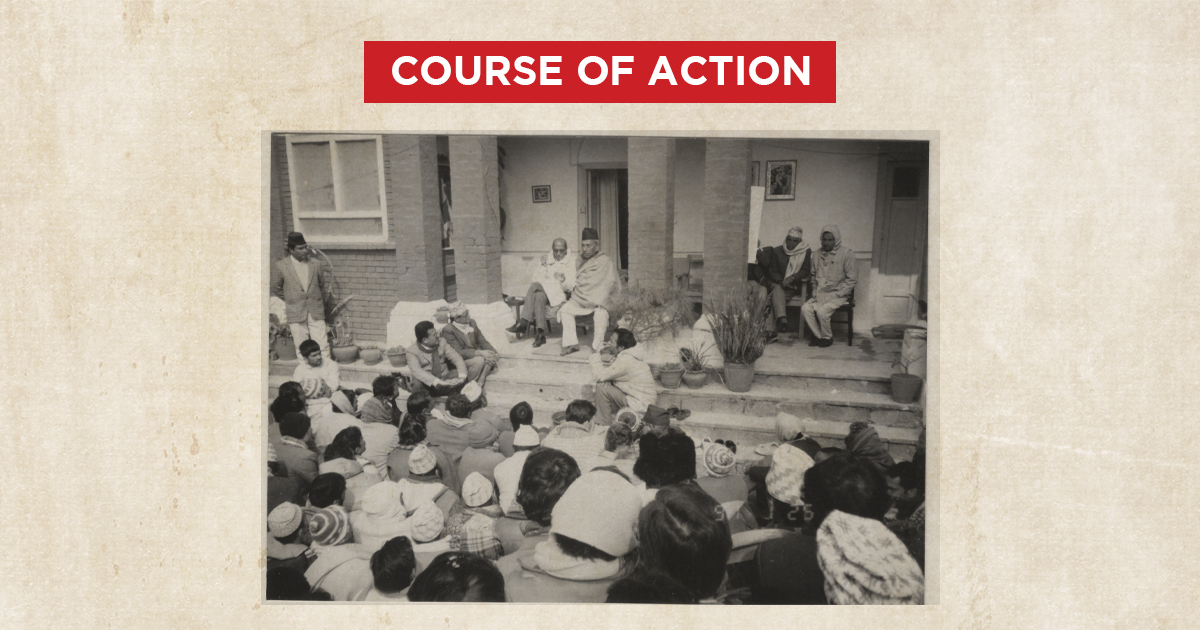 Our future course of action is as follows: