Over unilateral decisions, and increasingly aligning with the king, Nepali Congress’s Central Committee arrived upon a decision to ask for a resignation from Matrika Prasad Koirala, Mahendra Bikram Shah, Mahabir Shumsher, and Naradmuni Thulung. The four disagreed to resign. Therefore, Nepali Congress was forced to suspend the four’s membership from the party for a period of three years for acting against party interest. The king was also informed about the decision.

After Matrika Prasad Koirala lost his party membership, he could also no longer remain Prime Minister – therefore had to resign. The date was 14th August, 1953.

Nepali Congress believed Matrika Prasad’s resignation would pave way for a new government; however King Tribhuvan had other plans. “He took a regressive act of instating an advisory government which included the reactionaries”, Singh shared with Mathbar Singh.

“The act was unconstitutional, and a direct assault to the progress we had made so far. We hadn’t worked so hard to destabilize the Rana regime, only to allow entire power to the king. That did not say democracy”, he added.

“We protested against the king’s decision. Even the communist forces joined hands with us, and we protested together”, Singh said.

King Tribhuvan and the formation of Rastriya Praja Party: 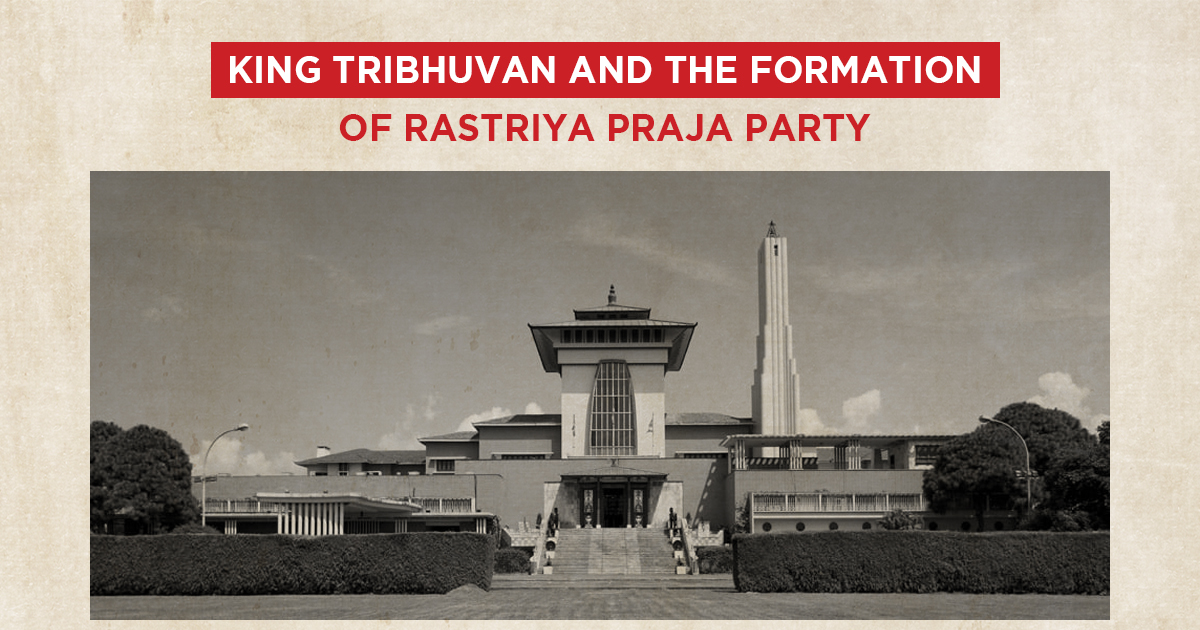 “The B.S. 2007 (1951 A.D) revolution was launched with an objective to establish the rule of the law – however, King Tribhuvan’s decisions to make and break governments as per his wish threatened the progress that had been made so far”, Singh shared his views with Mathbar Singh about the unfolding events.

“However, it must also be understood that although Tribhuvan was making the decisions, the advice was coming from India. Therefore, he too did not have much control over national affairs. Up until then, Nepali Congress had prioritized democracy over nationalism. However, after being witness to the constant threats on sovereignty – we too decided to put nationalism first, and then democracy. We decided putting nationalism above others was not only important, but as a matter of fact, a necessity”, Singh added.

After the end of the Second World War, the idea of democratic socialism was spreading rapidly over Europe, and was influencing several non-democratic countries. The reason it was so appealing was because it posed as a balance between two political ideologies – capitalism and communism.

With communism making rapid strides in Europe, the traditional capitalists needed a political alternative – therefore came about democratic socialism. Democratic socialism supports political democracy, and strongly believes in democratic principles, and aims to operate within a socially owned economy, with a particular emphasis on economic democracy.

Singh and leaders of NC were convinced that democratic socialism would be beneficial for Nepal too, and therefore changed their party objective to the same.