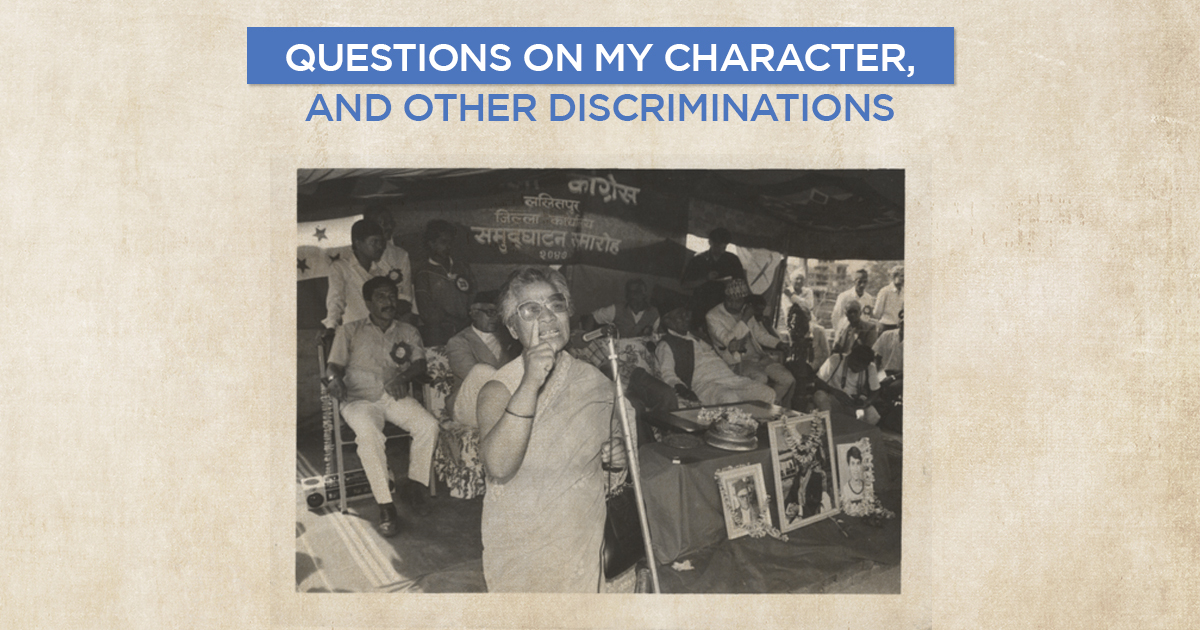 My character is questioned, and other discriminations owing to my inclination towards politics

At the time, there weren’t many women in politics in Nepal – be it in the ruling government, or even within those demanding democracy – participation of women was limited. Therefore, many, seeing me hang around with a bunch of men, would question my character, and naturally the questions made its way home as well.

My mother-in-law and my own mother did not like the fact that I was into politics – particularly me being out of home until late hours, and me attending political gatherings dominated by males.

The fact that my husband was in jail was a further cause of discrimination because I was looked upon as a shameless woman parading her way through town in the absence of my husband. There were numerous times when I had to defend my integrity – even in front of my in-laws.

One day, there was a religious gathering in Bhedasingh. Like usual, men were in one corner, and the women in another. Because the men were discussing politics, I too joined the gang and began sharing my views and reservations about the political situation in Nepal.

On one hand, I was ridiculed for being a woman expressing political views, and on the other, my mother-in-law admonished for talking to men at a social gathering. 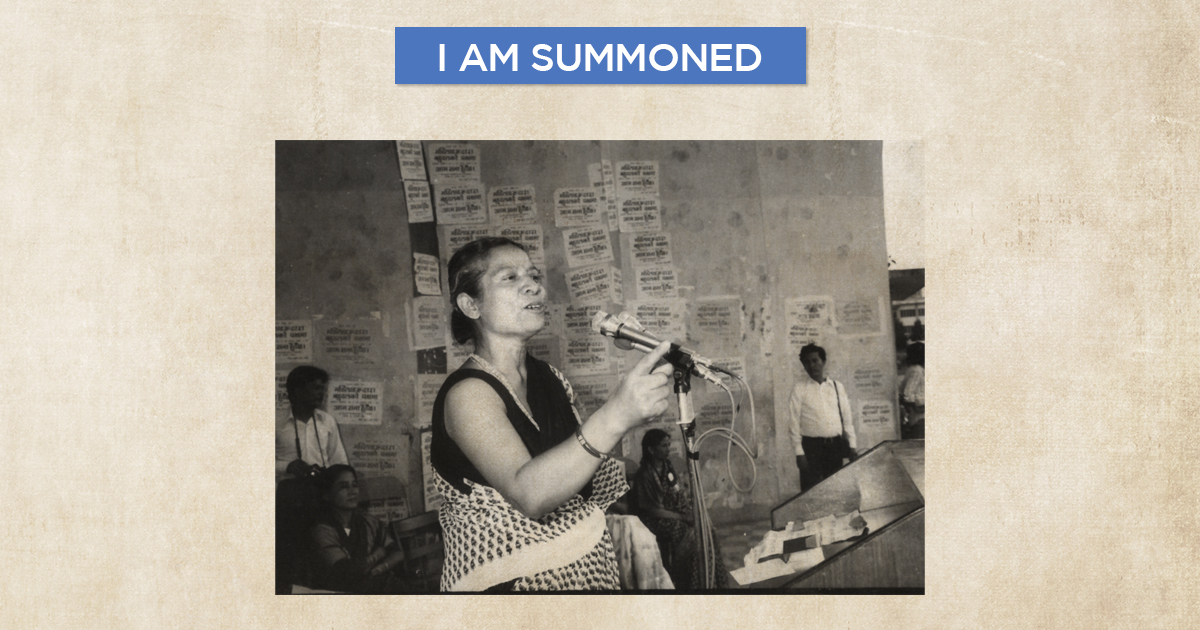 Despite the discriminations, I continued my political work with two hopes – one, that more women would be encouraged to join politics, and two, that society’s perception towards women in politics would change.

Meanwhile, members of Nepal Women Association continued their political demonstrations and protests. At the time, not very keen on the idea of going back to my husband’s home or my maternal home, I would take shelter at an elderly couple’s home in Tangal. I would only go home for the occasional shower or change of clothes.

One day, when I was taking shelter at the home in Tangal, I saw a few policemen arriving at the door. Suspecting they were there for me, I fled. Later, I saw an official summon stuck outside my home. I however ignored it.

Every day, we would gather outside Mahabir School and would lead a procession towards the jail. One day, we were planning for the same – the procession was on its way to the jail when the news arrived – Singh had been released from jail.

And just like that, one fine day, Singh was free – after 10 long years.

He had been arrested from his home in 1997 B.S. for his involvement with the Praja Parishad. He had spent four years of his term before escaping from Bhadragol, spent 6 years in hiding, and another seven months in captivity, before finally becoming a free man.