On 26th and 27th September, 1950, Nepali Congress organized a conference in Bairganiya, Bihar and announced an armed revolution against the Rana regime in Nepal. Days later, members of Nepal Mahila Sangh decided to develop their own flag.

I had suggested placing an oil lamp (diyo) in the flag suggesting our movement as one from darkness to light.

However, after a long discussion, everyone came upon an agreement that flag should have a flaming torch instead. The torch would be hoisted by a hand adorned with four bangles, and the colors adhering to Nepali Congress’s colors would be red and white.

The flag was drawn, and in the protests that followed after, Nepal Mahila Sangh’s flags were a permanent fixture – proudly waving as more and more females came out and rallied for their rights along with their demands for democracy.

Singh is arrested in Thori 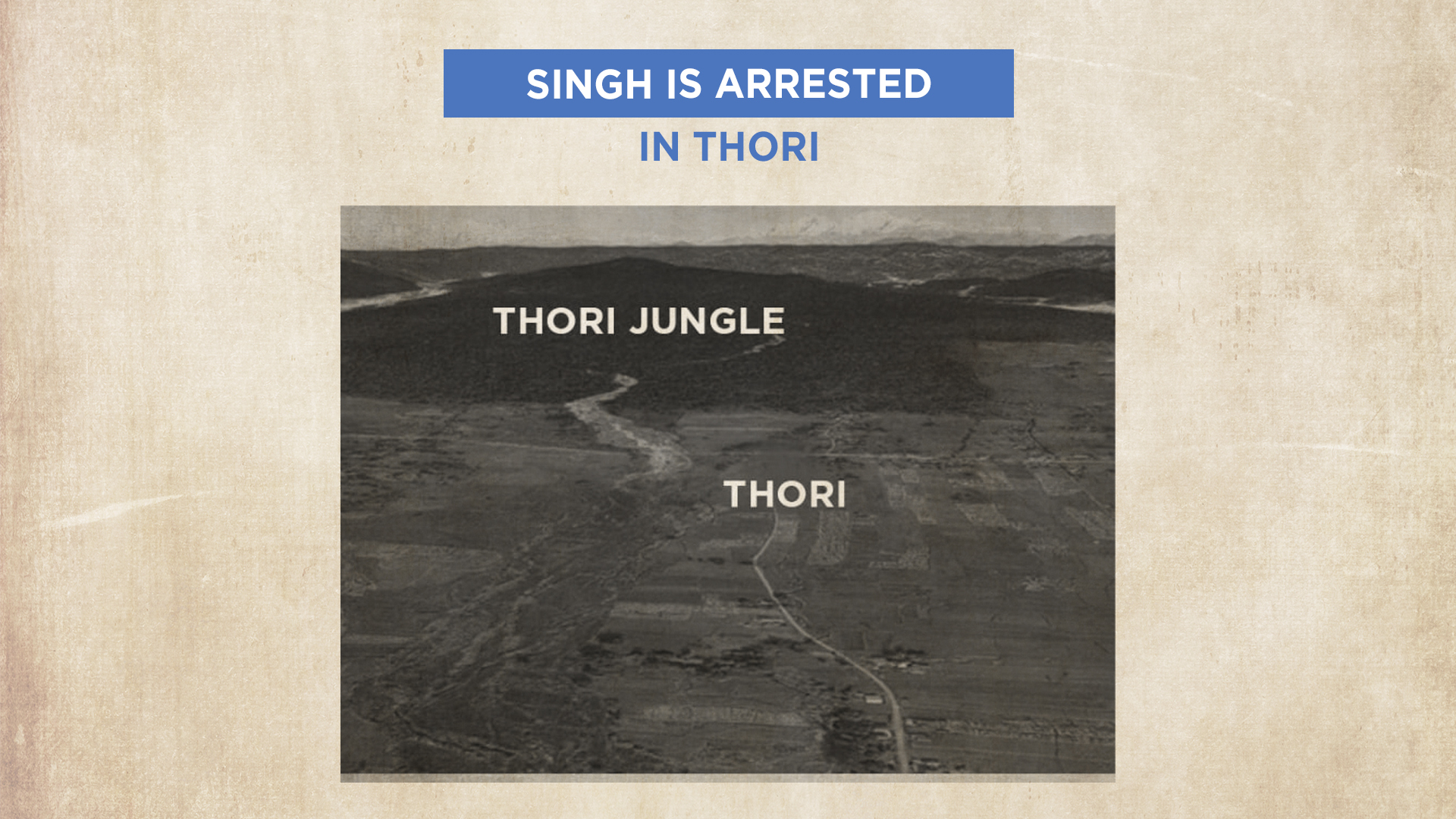 After the announcement of the armed revolution, it was decided that members of Nepali Congress would do two things, one, take King Tribhuvan to Palpa, and the other was to launch an armed revolution against Rana leaders.

For this purpose, a team under the leadership of Ganesh Man Singh arrived in Kathmandu. However, their plans were foiled after police began to make several arrests. Singh had to flee Kathmandu immediately. After days of crossing the hills, and despite successfully crossing the dense Thori jungle, he was arrested just near the border and brought back to Kathmandu.

I remember reading about the arrest in Gorkhapatra. The headlines were big and bold:

Tribhuvan escapes from Nepal, Gyanendra is made King 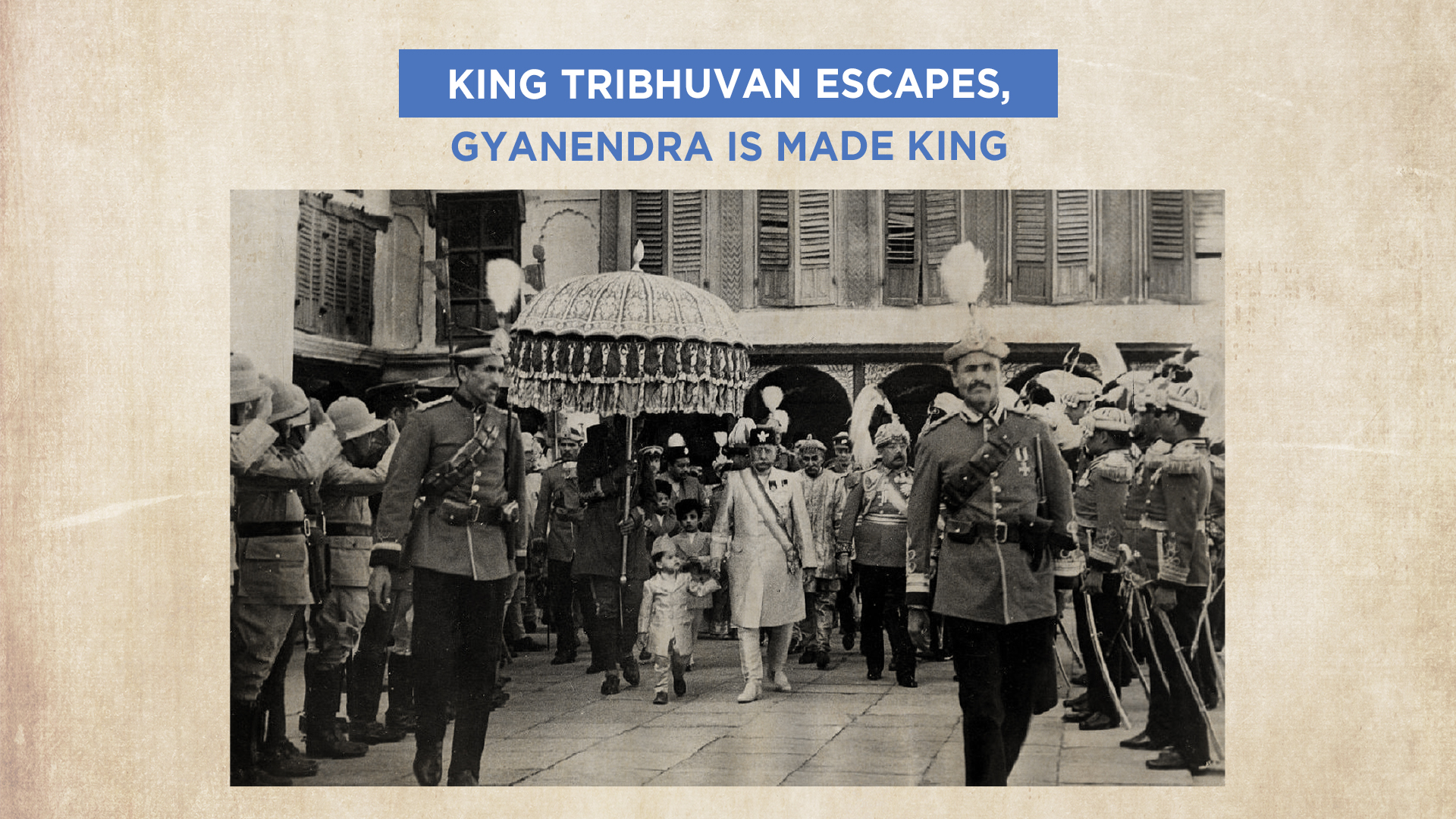 On the morning of 7th November, 1950, the sound of bugles blared from Dharahara – meaning Prime Minister Mohan Shumsher was due to make a national announcement from the Khari Bot in Tundikhel.

King Tribhuvan and his family, under the pretext of going on a hunting expedition had escaped the palace and taken refuge at the Indian Embassy. Mohan Shumsher sent two of his trusted aides to the Indian Embassy with a request to deny Tribhuvan refuge, however the requests were denied. They ten requested the Embassy to return prince Birendra to crown him monarch – that too was denied.

With no options left, Gyanendra, then aged three was crowned the King of Nepal. To quell public dissatisfaction, the government said King Tribhuvan was a traitor for abandoning his throne.

Two days later, a plane landed in Kathmandu, and King Tribhuvan along with his family departed for Delhi.