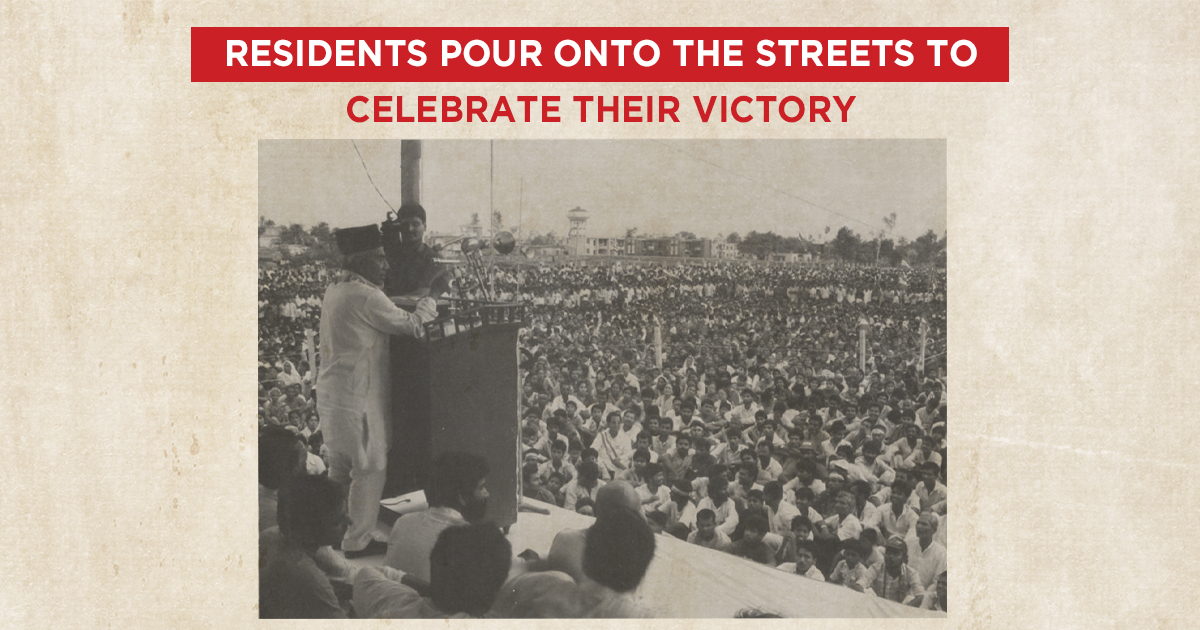 Residents pour onto the streets to celebrate their victory:

The next day, on 9th April, 1990, at 6:30 a.m. Radio Nepal announced the government’s decision to remove the curfew orders. By 7:00 a.m, it seemed as if entire Kathmandu was out on the streets celebrating.

Residents took out huge processions to mark the end of the Panchayat system, and the ushering of a new, democratic Nepal. As the hours progressed, the numbers swelled.

In the afternoon, the crowd gathered at Khulla Manch to hear their leaders speak. Ganesh Man Singh spoke first. “We asked for a multi-party system; that has been addressed. There are several issues that need to be addressed. Only, when all issues are addressed, then we will have become a democratic country”, Singh said as the crowd applauded in unison.

During Girija’s turn, he started by saying “This victory is not only ours, but also of the King’s and the leaders of the Panchayat System…” As soon as he said these words, the crowd started booing him. They would not calm down despite several attempts.

Finally, Singh had to readdress the people – and said:

“How can you, the same people who demanded and fought for democracy and human rights not have patience to hear a leader’s speech in its entirety? How can we call you democrats if you will not listen to another person’s opinion? What kind of democracy are we seeking to establish if we cannot listen to a different opinion?”

Only after Singh said the above words, did the crowd settle down. 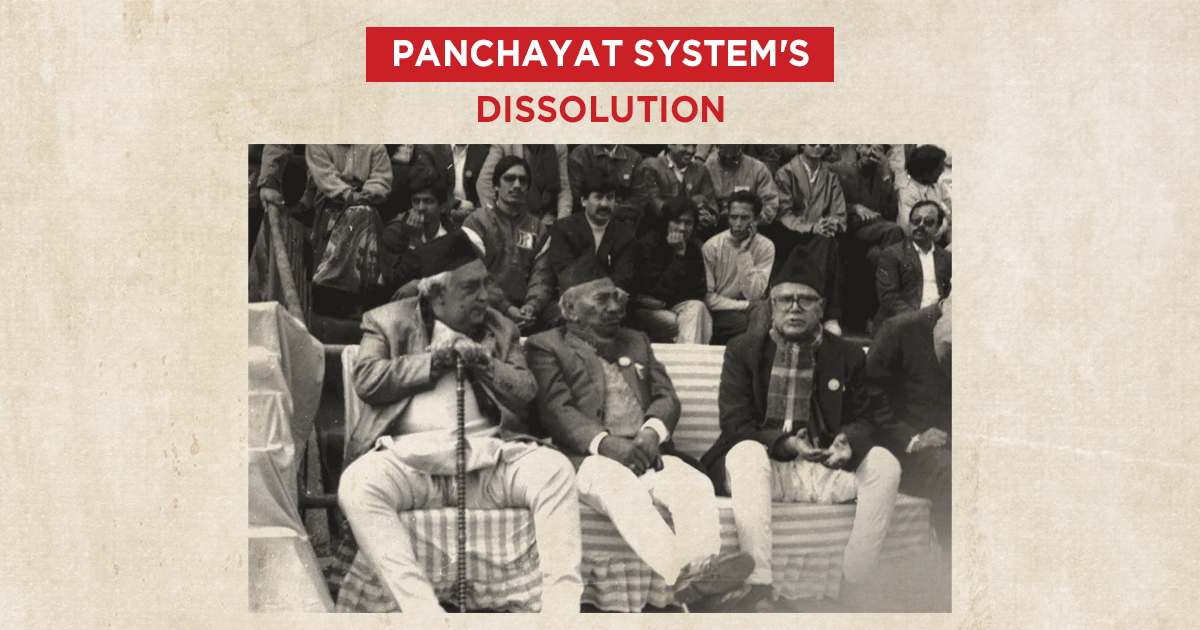 On 10th April, 1990, leaders of Nepali Congress and the United Left Front met to decide that the Panchayat Government must indeed be dissolved. On 11th April, they published the following eight point demands:

Singh himself presented the eight point demand to King Birendra. After several rounds of discussions, on 16th April, 1990, King Birendra Bir Bikram Shah announced the dissolution of the Panchayat System.

After the announcement, Singh sat down with King Birendra to discuss the formation of an interim government. During the course of the conversation, King Birendra repeatedly offered Singh to become the nation’s Prime Minister. However, Singh rejected the offer – citing his health condition as a possible deterrent towards optimum performance.

The main responsibilities of the new interim government was to ensure a smooth transition towards a constitutional monarchy, drafting a new constitution, and paving way for a nationwide general elections.