Remembering members of the Prachanda Gorkha

The seeds of revolution in Nepal were sown before the arrests of Praja Parishad members in 1940 AD. The names of Khadka Man Singh, Maina Bahadur Khatri, Khanda Man Singh, Upendra Bikram Shah and Ranga Nath Sharma, who had formed a secret society “Prachanda Gorkha” to overthrow the Rana regime is forever cemented in Nepal’s history.

The plan however could not materialize, and members of the Prachanda Gorkha were arrested before they could execute the plan. Khadka Man Singh and Maina Bahadur Khatri, both died while serving their jail term.

I was very young when these incidents unfolded, and at the time had heard only accounts. Their sacrifices did not mean much to me when I was young, however, with my new found political resolute, I was beginning to be drawn towards learning about such past activities. 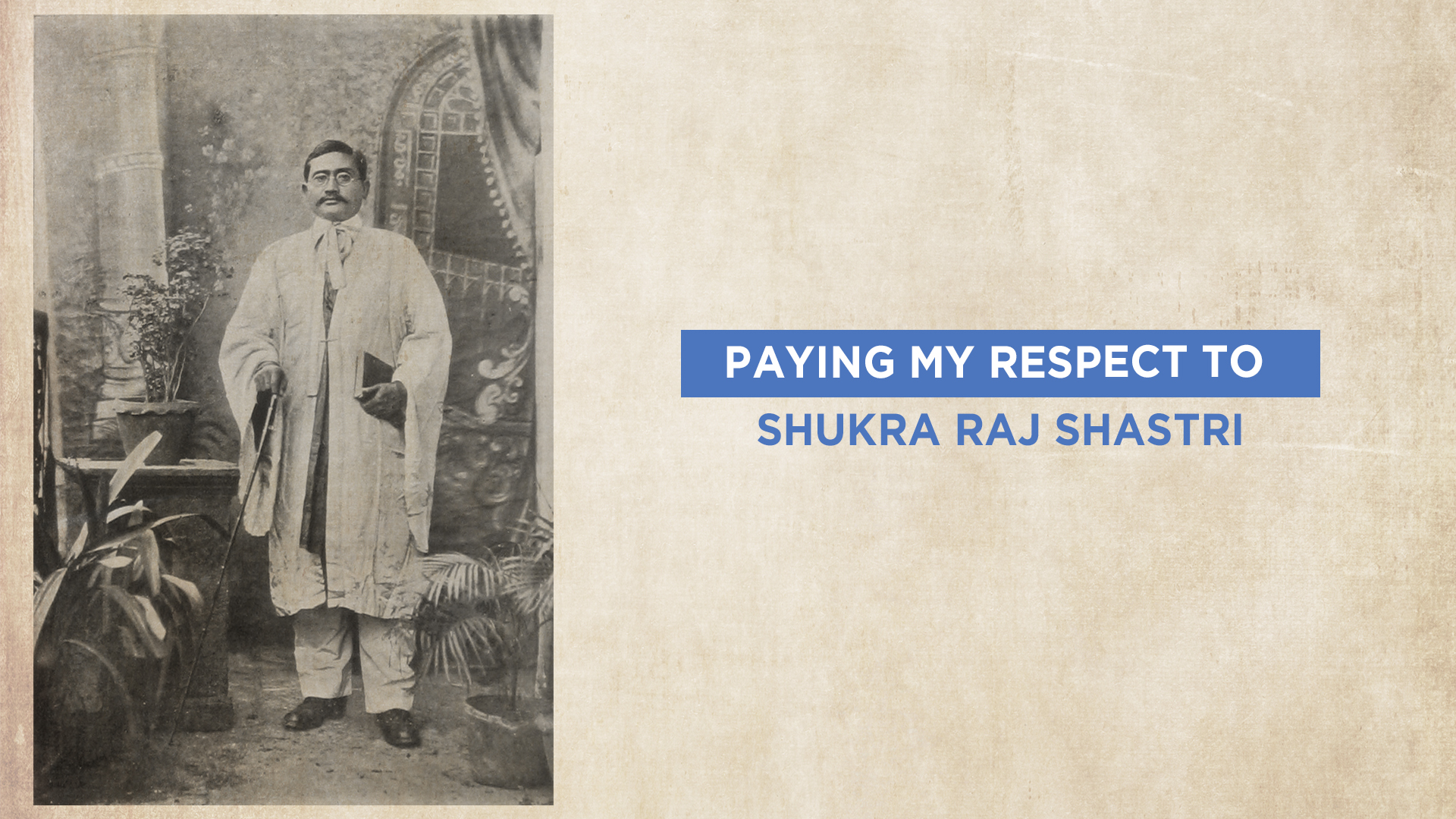 On 24th January, 1941, Shukra Raj Shastri was hanged to death at Pachali near Teku. After hearing reports about his hanging, I desired to visit the site – to pay my last respect. At the time, I did not even know the way to Pachali from Yetkha, however still decided to go there. Asking for directions from others, I eventually arrived in Tripureshwor where a huge crowd had gathered.

It was a cold winter morning, and Shukra Raj Shastri’s body had been purposefully left hanging for an entire day. The Ranas wished to set an example to others who wished to revolt against them. However, I think the incident rather than frightening the people, exposed their atrocities instead.

I went close to the body, and paid my last respects. As I did so, the crowd’s attention shifted towards me. They probably assumed I was a family member of Shastri, however I was not. I was there as a civilian who had arrived to pay my last respects to a fallen martyr.

News of my visit to Shastri’s place of hanging had reached my house before me. Naturally, members of the household increased their surveillance of my activities.

Alas! I could not go to Sifal to pay my last respects to Dharma Bhakta Mathema.

Meanwhile, in the evening, Shastri’s family refused to accept his body. They were of the view that his last rites should have been conducted on time, however, the auspicious time had passed as his body was kept on display for the entire day in Teku.

Police then mercilessly beat Shastri’s family members, forcing them to accept his body. 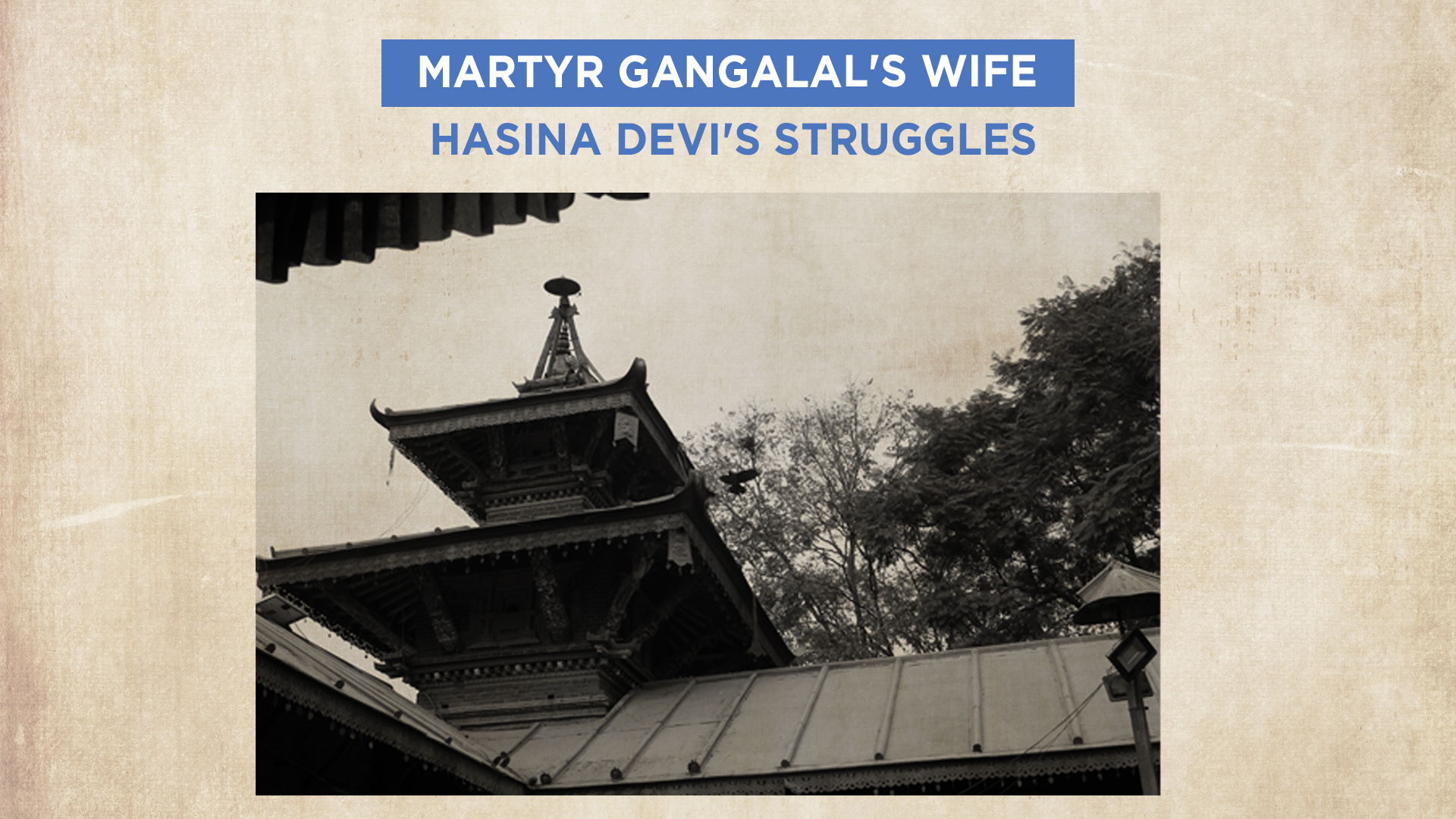 At the time of Gangalal’s arrest, Gangalal’s wife Hasina Devi Shrestha was pregnant. By the time the state announced Gangalal’s death sentence, she was heavily pregnant. Despite her pregnancy, she tried her best to get Gangalal out of jail.

She, running out of options, announced her decision to visit Juddha Shumsher as she left our home in Yetkha. Upon hearing her announcement, I remember advising her against it.

“You will not be able to change his mind. Why put yourself through the shame and the embarrassment?” I had told her.

Almost nine months pregnant, I cannot imagine how Hasina Devi walked all the way to Nagarjun where Juddha Shumsher was resting; nevertheless she went ahead and did what she had announced at our place.

Juddha Shumsher however, refused to grant her an audience, and asked the guards to turn her away.

A day before Gangalal’s execution, Hasina Devi delivered her child, their second child, a healthy baby boy. Gangalal was unable to see his newborn, nor Hasina Devi able to meet Gangalal one last time before his death.

Hasina Devi passed away on 14th March, 2011, leading a quiet life mostly away from mainstream politics. She was cremated at Shobha Bhagwati Temple near to where her husband was executed in 1941. Hasina Devi and Gangalal are survived by their son Shashi Lal and his family.