Upon hearing the news, Singh, who was inside Singha Durbar jail, became suspicious because of his own party. He worried if Nepali Congress had been fooled by the Ranas.

“After all the Proclamation of 1951 was made by Mohan Shumsher, the same Prime Minister who had revoked an earlier Proclamation for Reform by Padma Shumsher”, Singh told Mathbar Singh explaining his doubts.

And additionally, “Why would Nepali Congress cease fire, particularly when the armed revolution had been successful in capturing several districts of Nepal”, Singh shared his doubts further with Mathbar Singh.

Singh’s doubts were further increased when the government started dropping leaflets from an air plane. The leaflets carried a message from King Tribhuvan requesting the people of Nepal to surrender their arms.

“I remember a guard bringing me one of the leaflets and enquiring about its contents”, Singh said.

“After reading the leaflet, I wondered what answers would the party give to the families of those who had sacrificed their lives towards the movement.”

“Then, my impression was that Nepali Congress had betrayed its people, its party, its objectives and its goals. How could the party decide to suspend the revolution when the Proclamation offered no details on the process of reform”, Singh would question himself as he spent cold Kathmandu nights in his cell.

“However, I was to learn much later about the situation the King and the leaders of Nepali Congress were put in to make such decisions. They had to welcome Mohan Shumsher’s Proclamation”, Singh clarifies with Mathbar Singh, talking about the limited options the King and Congress had at the time. 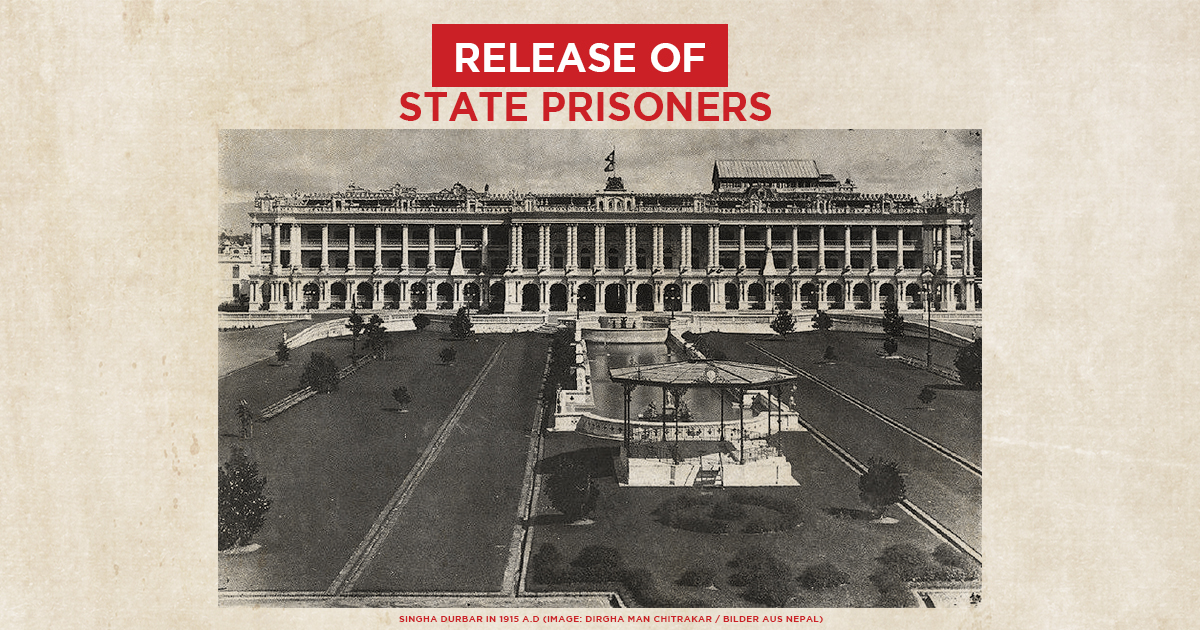 While Singh has his reservations, the Rana government went ahead with their Proclamation, and started initiating democratic reforms as promised.

On Magh 2nd or 3rd, Singh isn’t sure of the exact date, but remembers being given a Gorkhapatra which consisted of a Press Release by the government.

There were two things that surprised Singh – first, the press release spoke about fundamental rights of the people of Nepal and allowed citizens to make public speeches, form political parties and other organizations, which were earlier banned. Secondly, the press release was made via a newspaper announcement, abandoning earlier practices of sticking official announcements on walls. For Singh, the new practice too seemed reformist.

The government had started releasing all political prisoners except for:

However, several political prisoners refused to leave jail, demanding Khadga Man Singh and those who set the police vehicle on fire should be released too. Eventually, the government heeded to their demands, and decided to release all prisoners except those involved in the Indra Jatra plot to massacre Rana leaders.

One day, Singh learnt that arrested members of the Praja Parishad including Tanka Prasad Acharya were also released.

“On hearing that, the faces of martyrs Gangalal, Dashrath Chand, and Dharma Bhakta Mathema flashed through my mind. Had they been alive, they too would have been freed that day”, Ganesh Man Singh shared with Mathbar Singh about his friends of the Praja Parishad. 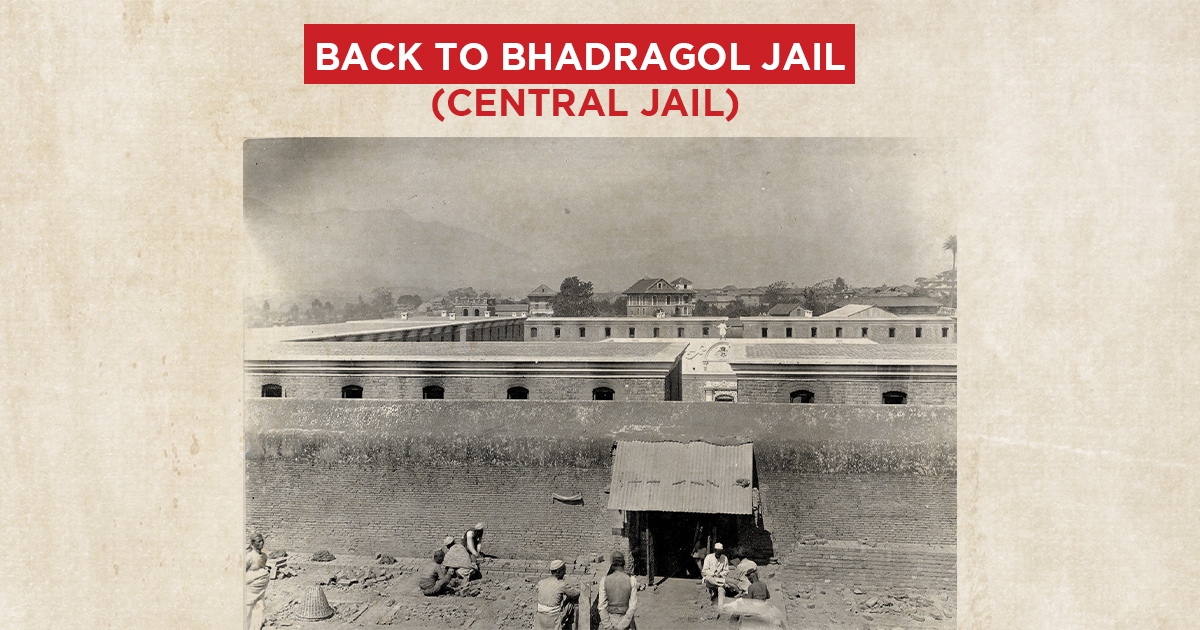 While others were being freed, only those who had conspired against the Ranas in the Indra Jatra plot remained in custody.

At the time, it was believed that Mohan Shumsher had wanted to serve the death punishment to the conspirers; however, King Tribhuvan had refused to sign the order. Nevertheless, the conspirers still worried about their fate.

One day, around the middle of the winter month of Magh, Singh and his friends were rounded up, and asked to assemble with their possessions. At their assembly point, a truck awaited them.

“We were clueless, however were optimistic about being released. The group of seven who had lit a police van on fire were freed after being transported to Indra Chowk in a truck. We thought they were going to free us too”, Singh shared with Mathbar Singh.

As the vehicle exited Singha Durbar, Singh peered outside. The streets were mostly empty; the truck made a round of Bhadrakali Temple and made its way towards Tripureshwor.

“Oh, they are going to take us to Kalimati to release us”, Singh thought.

Crossing through Tundikhel, the truck slowed down, and stopped at the main gate of Bhadragol Jail.

“Thus I had landed on the same ground of Bhadragol Jail from where I had escaped in 2001 B.S.”, Singh shared amusingly to Mathbar Singh.

“I was actually relieved that the Ranas did not free me. I hadn’t liked the idea of Nepali Congress coming upon an agreement with the Ranas. Had they released me from jail, I would be obliged to the Ranas. But since I was sent to Bhadragol Jail, I had no obligation towards them”, Singh added.