Singh and his friends continued their escape journey – however, owing to his ankle injury, their speed was affected. It took them half a day’s walk to reach Tadi Khola (River).

The river was deep and wide, therefore the team either had to use a suspension bridge or a boat to cross it. They preferred a boat to avoid other passersby along the bridge; however, they couldn’t find any. Pressed for time, they decided to cross the river via the suspension bridge.

Thankfully, they did not encounter anyone, and continued their journey towards Trishuli Bazaar.

Singh and team reached Trishuli in the evening, just before dusk. Ganesh Man Singh was finally able to give his leg some much needed rest.

The next morning, they had to decide the next course of their journey. One option was via Gorkha, Pokhara, Syanja, Palpa, Butwal, and then to India – the same route Singh had undertaken after escaping from jail in 1944 A.D. However, the trail was long and circuitous, and Singh had to cross the border urgently.

As they were discussing the route, Singh ran into an old friend – Hari Kumar Shrestha, a merchant from Bandipur. He suggested the team should proceed to Chitwan and then cross the Char Koshay Jhadi (jungle).

Singh and his friends were confused. Therefore, Shrestha took out a pen and charted the course on a piece of paper.

Before leaving, Shrestha also warned Singh to avoid the Jhuwani police post near Thori Bazaar. He also suggested they avoid the bazaar area and cross into India via the jungle itself.

Thus, Singh along with his friends, with the help of the rough map headed towards the Terai. The route would pass through Mugling too; however, at that time the present day highway along Mugling was yet to be built, and Mugling wasn’t the same settlement as it is today.

Once in the plains, Singh started paying particular attention to the geography and road networking system. He did so because Chitwan was adjoining to Parsa and then Bara in the east, and the districts of Bara, Parsa, and Kathmandu were under Singh’s jurisdiction in the event of an armed revolution.

The announcement from Nepali Congress to launch an armed revolution had already been declared. The announcement was made during the Bairganiya Conference on 26th and 27th September, 1950 (9 and 10 Aswin, 2007 B.S.)

Held in Bairganiya, Bihar, the conference was held in a dilapidated shack which was an abandoned godown (warehouse).

During the conference, the party had made a declaration for an armed revolution to initiate a democratic system of governance under the constitutional monarchy, and therefore put an end to a 104 year old autocratic government under the Ranas.

Ganesh Man Singh had missed the conference, however was eager to be with his friends in case the revolution should start soon.

Therefore, he had started making preparations to study the grounds he would have to launch a revolution from.

After crossing the settlements, Singh and his friends then entered the dense forest of Thori. The jungle was dense and the trees so tall that it would block most of the sunlight. The jungle was also famous for wild animals – especially tigers.

Interestingly, it was in this jungle, the Archduke Franz Ferdinand of Austria had hunted along with Sri Teen Bir Shumsher for tigers in March, 1893 A.D. The Archduke was visiting Nepal as a part of his grand world tour between 1892 and 1893 A.D.

Archduke Franz Ferdinand and his wife were assassinated in 1914 in Sarajevo. His assassination is considered the most immediate cause of the First World War (1914 A.D.  to 1918 A.D).

Similarly, in December, 1921 A.D., then British Crown Prince, the Prince of Wales Edward VIII had hunted alongside Sri Teen Chandra Shumsher in the jungle of Thori.

Singh is held in Thori: 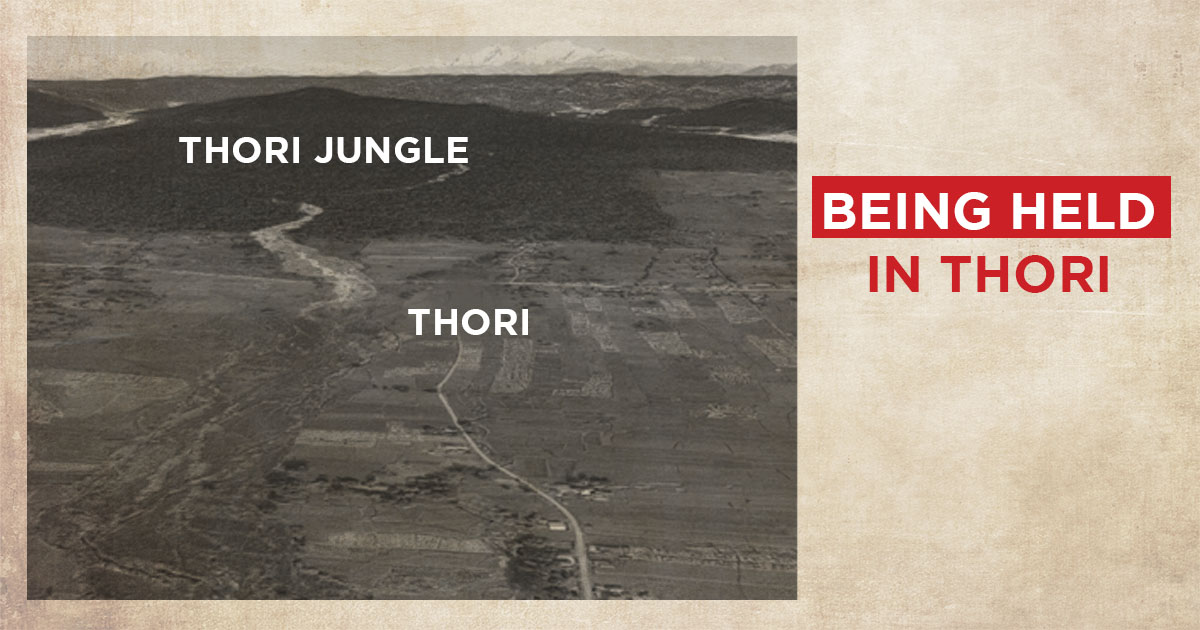 “We had to be on the lookout for wild animals. Couldn’t find any place to take shelter. There was no food, and we couldn’t take rest, we were tired, exhausted, and sleep deprived”, Singh told Mathbar Singh.

On the third day, Singh and his friends noticed the jungle become thinner – suggesting they had arrived at the fringe of the jungle.

Exhausted and famished, Singh and his friends completely forgot about Shrestha’s warning to avoid Thori Bazaar – they headed straight to a nearby eatery.

“As we entered the shop, the mixed aromatic fragrance of fried meat, fried potatoes, and mature millet beer wafted in the air. We instantly sat down, and ordered us some drinks and food. We would devour them as soon as they arrived, and order some more, much to the amusement of the shop-owner”, Singh recounts his meal with Mathbar Singh.

Once fully satisfied, Singh and his friends remembered Shrestha’s warning in Trishuli. They instantly got up, and hastened to leave. As they were clearing their bill, Singh heard a voice:

Singh was startled, however maintaining his composure replied to the man that he is not Ganesh Man, and that he must be mistaken.

But the man insisted – claiming he had been ordered to keep an eye on him during his Raxaul days.

“But I am a porter”, Singh continued his narrative.

The guard, who Singh realized later was a policeman, had already informed the Army. Soon, some more men arrived, and took Ganesh Man Singh and his friends into custody.

He was taken to the Army Barrack in Thori, where he would spend two days before being sent to Birgunj.