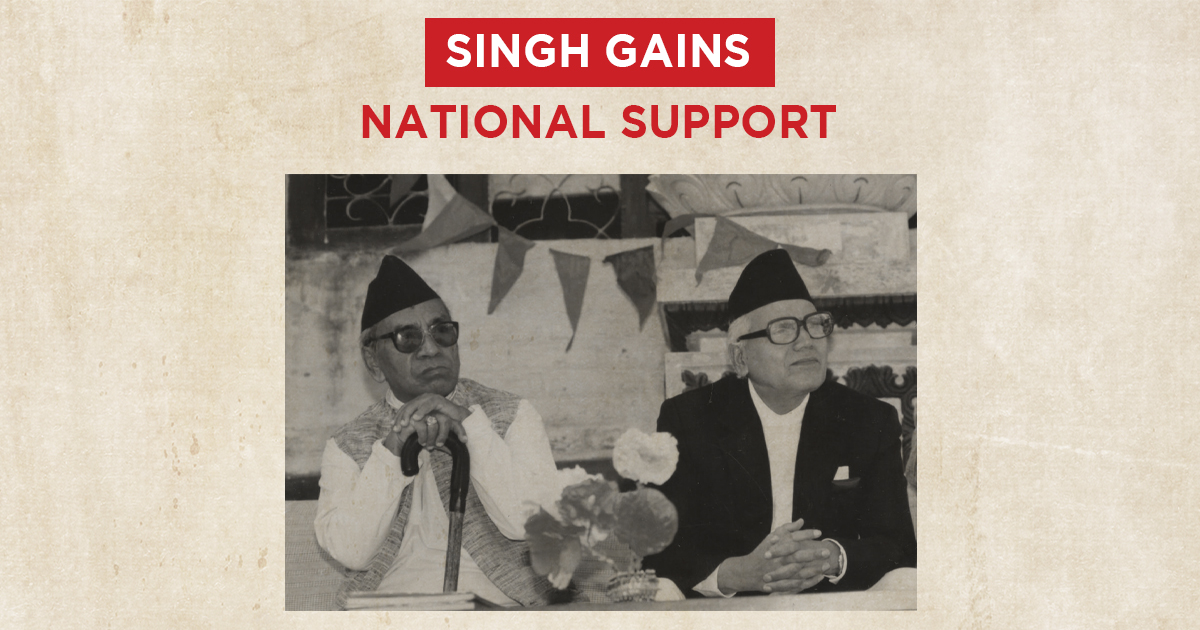 Singh’s heartfelt letter spread through all corners of the country like wildfire – it was able to successfully stir the hearts of thousands of Nepalis to strive for democracy.

People who were unconvinced earlier of Singh and Nepali Congress’s intentions, now believed in Singh, and decided that concrete steps must be taken towards the reestablishment of democracy in Nepal.

Similarly, after Mohan Chandra Adhikari, in an interview after his released expressed his support towards democratic efforts, Singh renewed his relationship with him, and was able to successfully gain the support of communists in their fight for democracy. 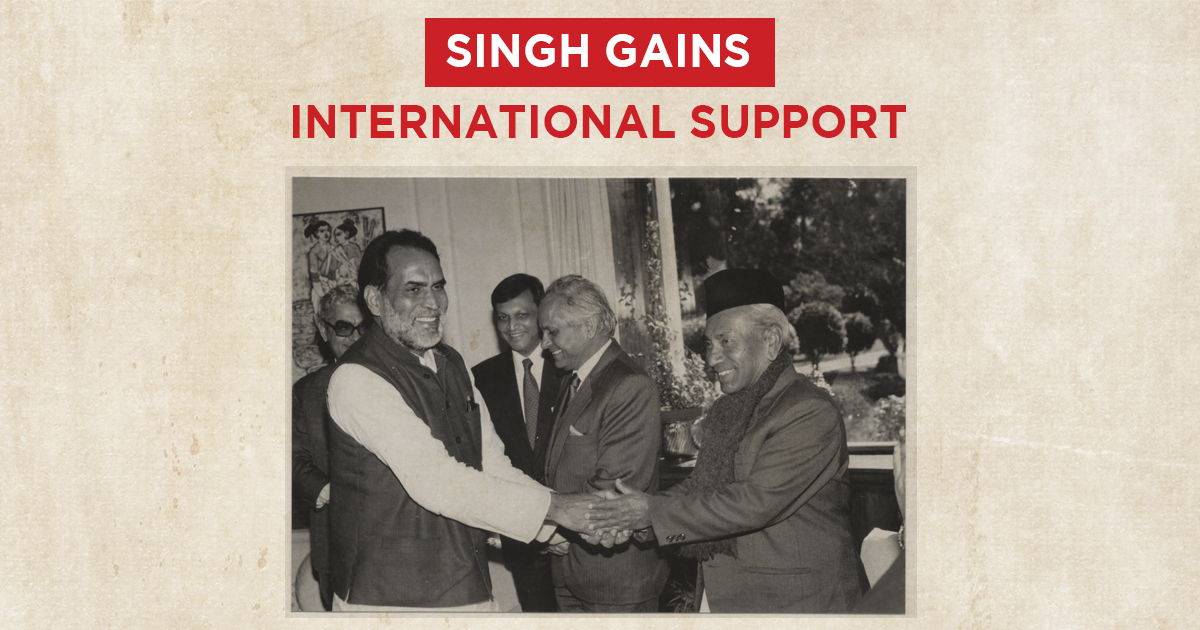 Singh had also continued to maintain communication with other nations in a bid to garner support from them towards their cause for democracy. Therefore, when Indian leaders including Chandra Shekhar Singh, Madhu Dandavate, George Fernandes, and Sharad Yadav to not only express their support, but also to attend their upcoming general convention, the government started to become wary. After India openly expressed its support, other nations including the United States, the United Kingdom, Germany, France and Israel joined hands in support of the movement for democracy.

After witnessing the growing popularity for Nepal’s democratic movement, the government of Nepal, which earlier believed that the movement due to lack of support, would not be able to achieve anything, started developing their own counter measures. 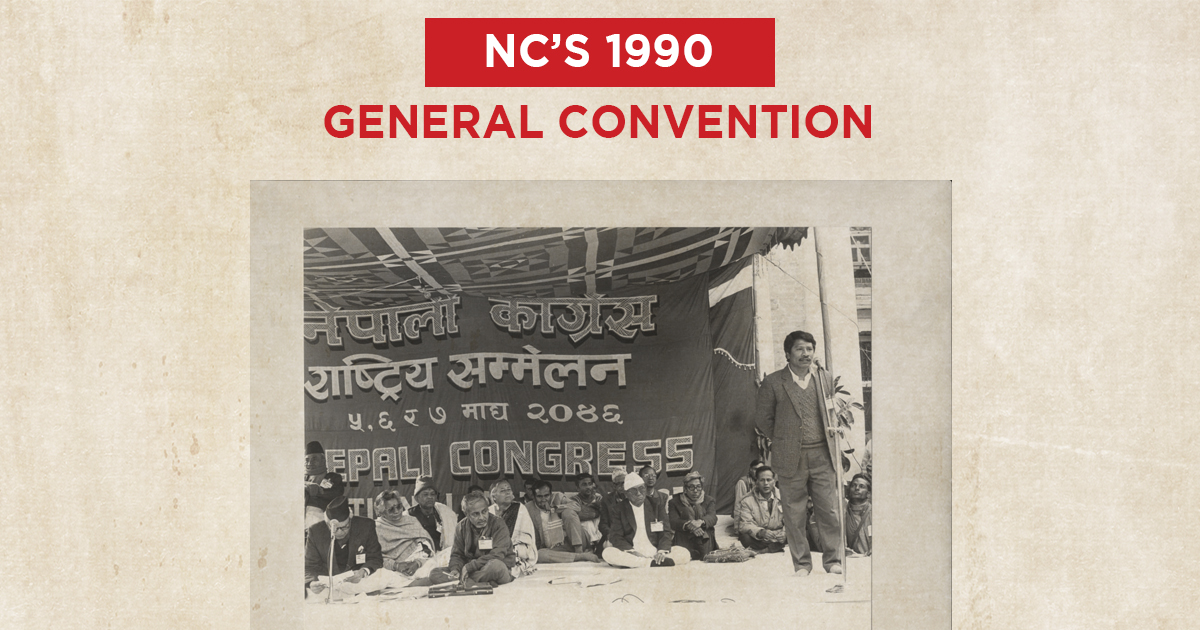 NC’s General Convention in 1990 was held at Singh’s place in Chaksibari – however, the place proved too small. With participants pouring in thousands, the streets of Thamel were packed with enthusiastic supporters.

Singh, with the overwhelming support, was also able to convince leaders within his own party that his vision had always been right. For example, Girija Prasad Koirala, who had been hesitant in joining the 1985 Civil Disobedience Movement, believing the king would initiate reforms, was convinced that the time to strive for democracy had indeed arrived.

Thousands cheered as leaders voiced strong addresses – Krishna Prasad Bhattarai, a beloved leader whose addresses would directly appeal to the masses was able to garner cheer which echoed through the area and all the way to the palace.

Singh watched in contentment as he witnessed the popularity – with a big smile on his face.