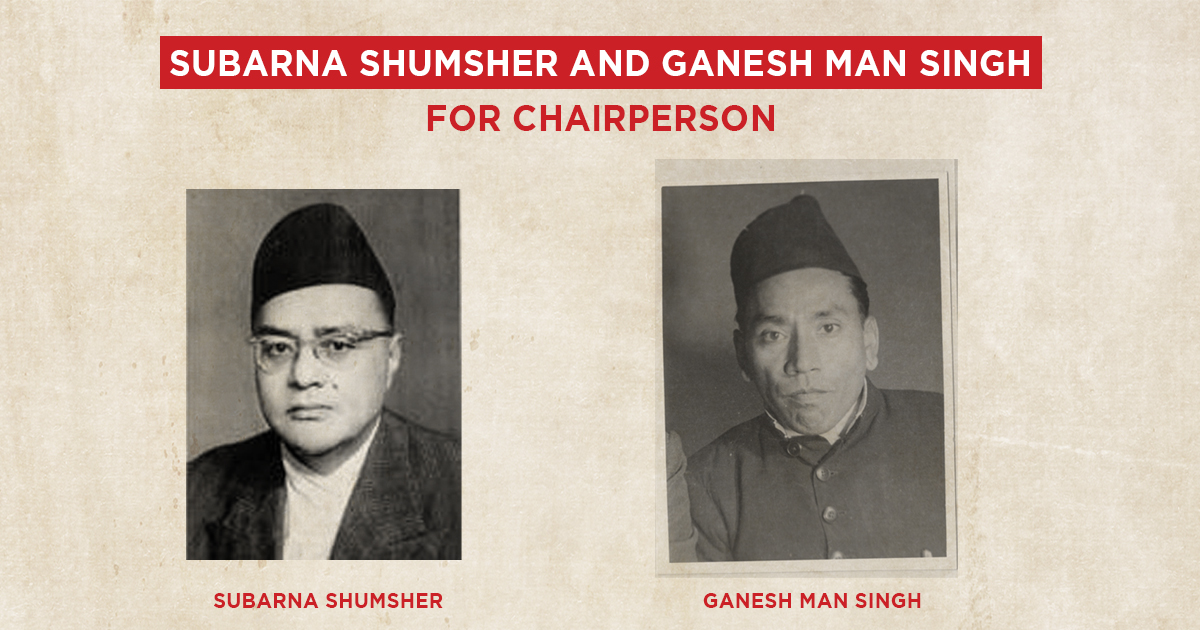 After passing Democratic Socialism as Nepali Congress’s guiding political philosophy, the need for a new Chairman was realized. Singh after consulting with B P Koirala put forth his nomination for the post, however much to the surprise of Singh, B P Koirala extended his support to Subarna Shumsher.

“My reservation against Subarna Shumsher wasn’t for the position of the chair”, Singh explains. “It was because if Congress was to pursue the democratic socialism narrative, perhaps Subarna Shumsher, who had capitalist and aristrocratic roots was not a fit person to push the narrative”.

Later, B P explains to Singh why he chose Subarna Shumsher over him:

“See Ganesh Man ji, we went against India and the king to establish a strong political party – however, in that pursuit, we lost our political power. Until we are in the government, we will not be able to influence political change. The situation demands constant dialogue. You are a straightforward person – the people have great faith in you. However, what is important at the moment is to navigate dialogues with the king – to allow the general elections to occur. You are someone, with whom the king fears to have a dialogue with. Subarna Shumsher has a good relationship with the king – therefore I nominated him”, he said.

“Didn’t we agree not to get aboard the government unless elections are held? Then why do we need to hold a dialogue?” Singh asked.

“The king has no intention to hold elections. Without an election, we won’t be able to form a government. Therefore the most important need is to pressurize the king to hold elections”. B P replied.

“It was during this period, just ahead of the elections, I got an opportunity to visit all terrains of Nepal – the plains, the hills, and the mountain regions”, Singh shares. “I travelled on foot from Mechi to Mahakali, and en route, I was able to see Nepal – its natural beauty, its honest and hardworking citizens, and along with that, its underdevelopment. Lack of road infrastructure, access to drinking water, healthcare infrastructure meant a lot of work was yet to be done”, he adds.

“Although there was immense poverty, the people were still welcoming and open hearted. I remember, standing atop one hill and staring at another – and being amazed at the beauty of the land. Scattered straw thatched homes with their red walls, meandering trails, the gushing rivers and hills filled with greenery – it used to fill my heart with love and pride”.

Singh spent months touring Nepal, after which he returned to Kathmandu. 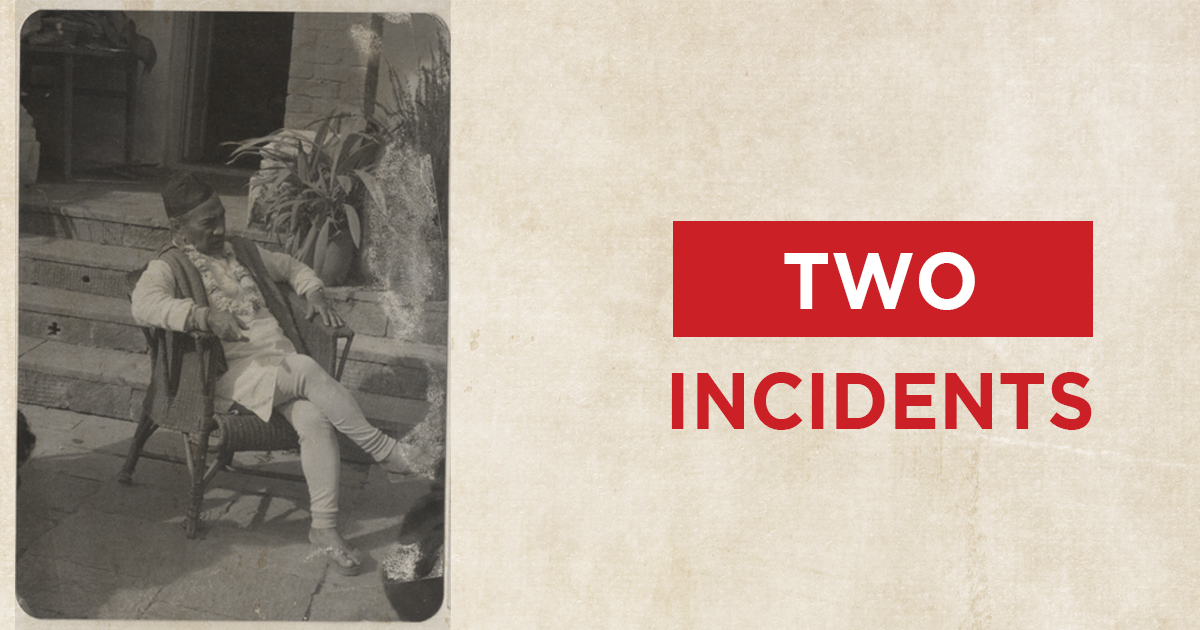 When Singh returned to Kathmandu, two incidents were developing. First was King Tribhuvan’s royal proclamation to restrict the power of the independent judiciary (courthouse). The proclamation prevented the court from questioning King Tribhuvan’s orders, and allowed him to appoint a government as he pleased.

Second was Matrika Prasad Koirala’s announcement of Congress being anti-monarchy and anti-India, therefore his decision to resign from the party.

According to Singh, the reason for Matrika’s announcement was because too many questions were being asked if Koirala was expelled from the party, or if it was his decision to resign. The announcement was also necessary because Koirala was about to embark on an official visit to India.

Meanwhile, Nepali Congress rejected Matrika Prasad Koirala’s request to come aboard the government, and continued to push for a fair general election.