The Dawn of a New Era

As narrated by Ganesh Man Singh to Mathbar Singh:

Historically, when a period of rule ends, the day is popularly known as the dawn of a new era – in Nepal’s context, that day is 18th February, 2007 A.D (Falgun 7, 2007 B.S). On this day, the rule of the Ranas came to an end, and Nepal gained its democracy.

On this day, the dreams of Nepal’s martyrs materialised, and Nepali citizens much awaited dream came true. In other words, Nepalis gained the right to decide about Nepal’s and their own future.

The much awaited day was also welcomed warmly by the day’s weather – Kathmandu’s otherwise iconic mid-February misty mornings gave way to the warm rays of the sun. It was neither too cold, neither too warm.

Revolutionary poet, Gopal Prasad Rimal, who had been actively penning verses highlighting the atrocities of the Rana regime in a bid to inspire people’s emotions, had once written, “In any era, a day of total change is definite” – on this day, the poet’s word had come true.

On this day not only had Nepali citizens gained its freedom, but the king too had been freed from his ‘golden cage’. King Tribhuvan, who had earlier been declared a traitor by the Rana government, had reclaimed his power – all that was left was its formalisation.

That too would be soon completed – via a Royal Proclamation which would rescind the Panja Patra of King Surendra in 1903 B.S, which, by royal decree allowed the descendents of Jung Bahadur to become successive Prime Ministers of Nepal.

Getting a Daura Suruwal fitted: 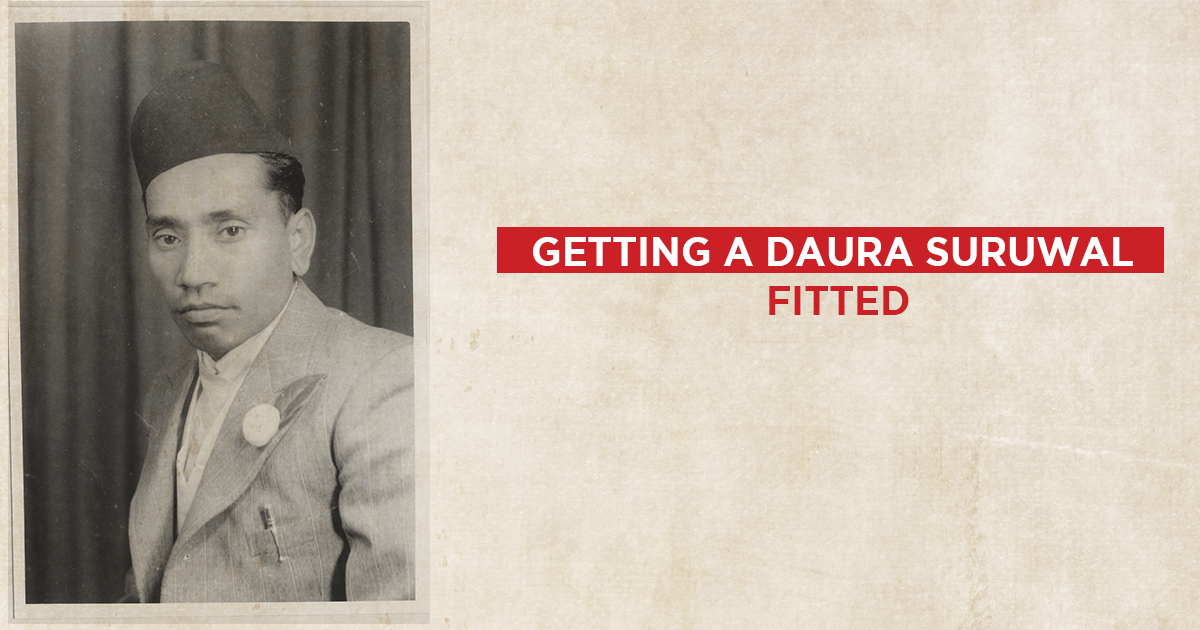 Following the royal proclamation, the swearing-in ceremony of the newly appointed ministers were to held. All ministers to be sworn in were asked to wear a traditional Nepali attire – daura suruwal, grey waist coat, along with a Nepali cap.

“I too had to get one tailored”, Singh would cheerfully tell Mathbar Singh. “After being on the run for almost a decade, let alone a set of daura suruwal, I didn’t even own a proper set of clothes”, Singh would add.

“The day before, my brother Shankar Man and other friends had arranged a tailor to get my measurements done. The brand new set of daura-suruwal too had arrived, but I was yet to try it on, as I was occupied with a million things”, Singh would add.

Singh wasn’t in the habit of paying much attention to his clothes – he would wear whatever he would find. However, this occasion, being of national importance, his brother and mother were concerned – and were insistent that the daura suruwal was a perfect fit.

By the time Singh got to try the daura suruwal on, it was time to leave for the official ceremony – thankfully it fit well.

(The above image is of the same daura suruwal and was clicked on the day of Singh’s swearing-in ceremony). 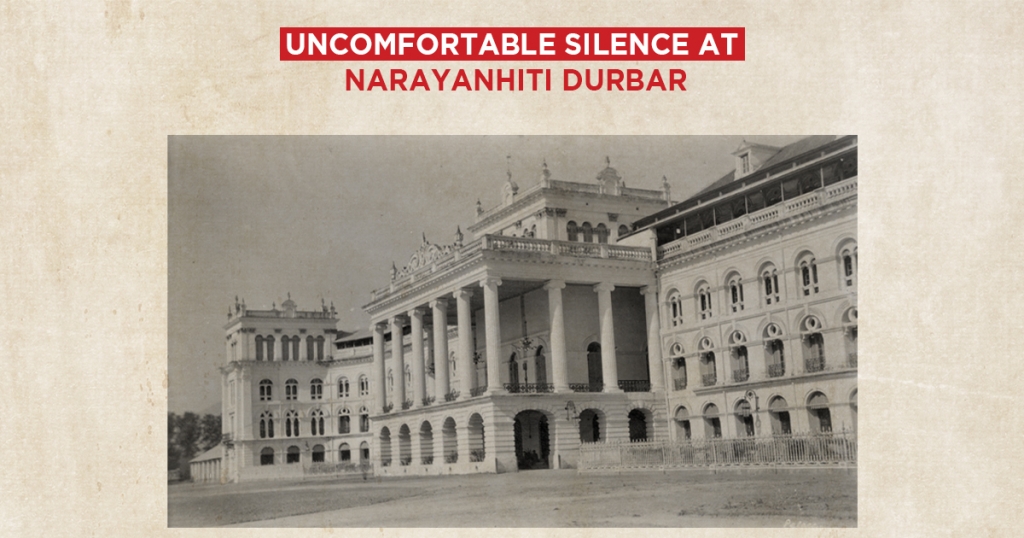 At the time, my public image was of two kinds – on one hand, the Rana government had portrayed me as a disgraced criminal whereas my political friends had described me as a hero. The public, after hearing both sides of the story, and by adding a little spices of their own, had varied impressions of me. Perhaps that was the reason, when Singh entered Narayanhiti Palace, was met with mixed emotions – friendly welcomes and cordial hellos.

“Or perhaps, many could not recognise me in my new daura suruwal”, Singh joked with Mathbar Singh. Once seated, Singh scanned the palace – there were many Rana government officials, most of them appointed owing to their political connections.

Singh wondered how they were taking the news, and if they were ready to embrace the change.

“An uncomfortable silence surrounded the attendees – everyone occupied in their own thoughts. Perhaps the Rana officials were worried about their future”, Singh added.

The ceremony proceeded with the exception of one slight hiccup – the grand appearance of PM Mohan Shumsher accompanied by national guards – his final show of power.

After the royal proclamation, the new ministers were sworn in, and Singh, from 18th February, 1951 A.D was appointed Minister for Industry and Commerce.