Three questions that crossed my mind after Singh was arrested

4 months into our marriage, I learn my husband’s real name:

And just like that, time passed – Singh’s household was a large household. As mentioned earlier, my responsibilities were limited to mostly coordinating a smooth household. I would ensure Ratna Man Kazi could conduct his morning prayer ritual properly, ask the cooks to prepare the meals according to his liking, and make sure he had his medicines on time. I would look after other household responsibilities too – and the help at home started lovingly calling me “Dulahi Sahab”. I however liked “Bajyai”, and would ask everyone to call me by that name itself.

One afternoon, I heard someone yell “Ganesh Man Dai (brother)! Ganesh Man Dai (brother)!” from the street outside our home. Although I did not know anyone by the name, nevertheless my curiosity got the better off me and I looked out the window. It was (Martyr) Gangalal. I knew Gangalal well because he was also related to our family.

Not knowing who Ganesh Man was, I told him he wasn’t home. However, soon enough it struck me that it could be my husband’s name. I only knew him as “Heera Kazi”, and had assumed that was his real name.

Late in the evening, when Singh arrived, I asked him:

“Is your name Ganesh Man?” I don’t remember his response, but that was it, the time that I learnt my husband’s real name after four months into our marriage.

Singh and members of Praja Parishad are arrested: 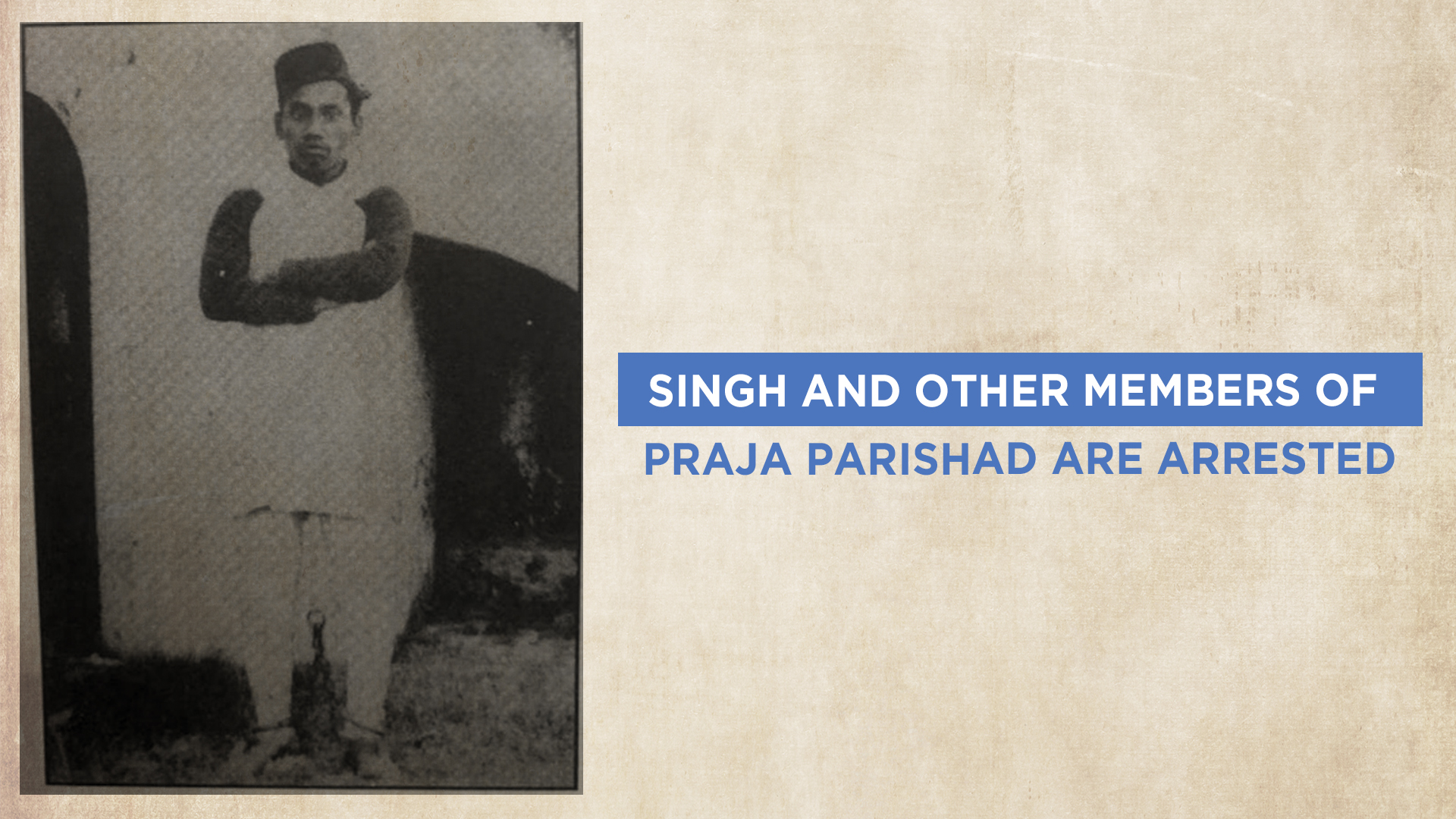 I learnt later that Gangalal that day had arrived to hide his typewriter – the same typewriter used to print Praja Parishad leaflets. He had heard news that police had raided Dharmabhakta’s home. Gangalal, suspecting police would search his home too, had come to seek Ganesh Man’s help.

Gangalal did manage to meet Ganesh Man, and the duo hid the typewriter. After hiding the typewriter, Ganesh Man and Gangalal went to Dharmabhakta’s home – the whole area was cordoned, and policemen could be seen searching the rooms. They caught a glimpse of Dharmabhakta as police ushered him. The same night, Gangalal was arrested too.

The next morning, Singh learnt that all of his friends from Praja Parishad had been arrested – Tanka Prasad Acharya, Govinda Prasad Upadhyaya, Bal Bahadur Pandey, and Pushkarnath Upreti along with Dharma Bhakta Mathema and Gangalal.

Police however did not arrive at our own home until the third day. Out of respect for Bada Man Ratna Kazi, police only searched our room. They found a book, ‘Russian Revolution’ and a manuscript of short stories by Gangalal. He too was held.

Three questions that crossed my mind: 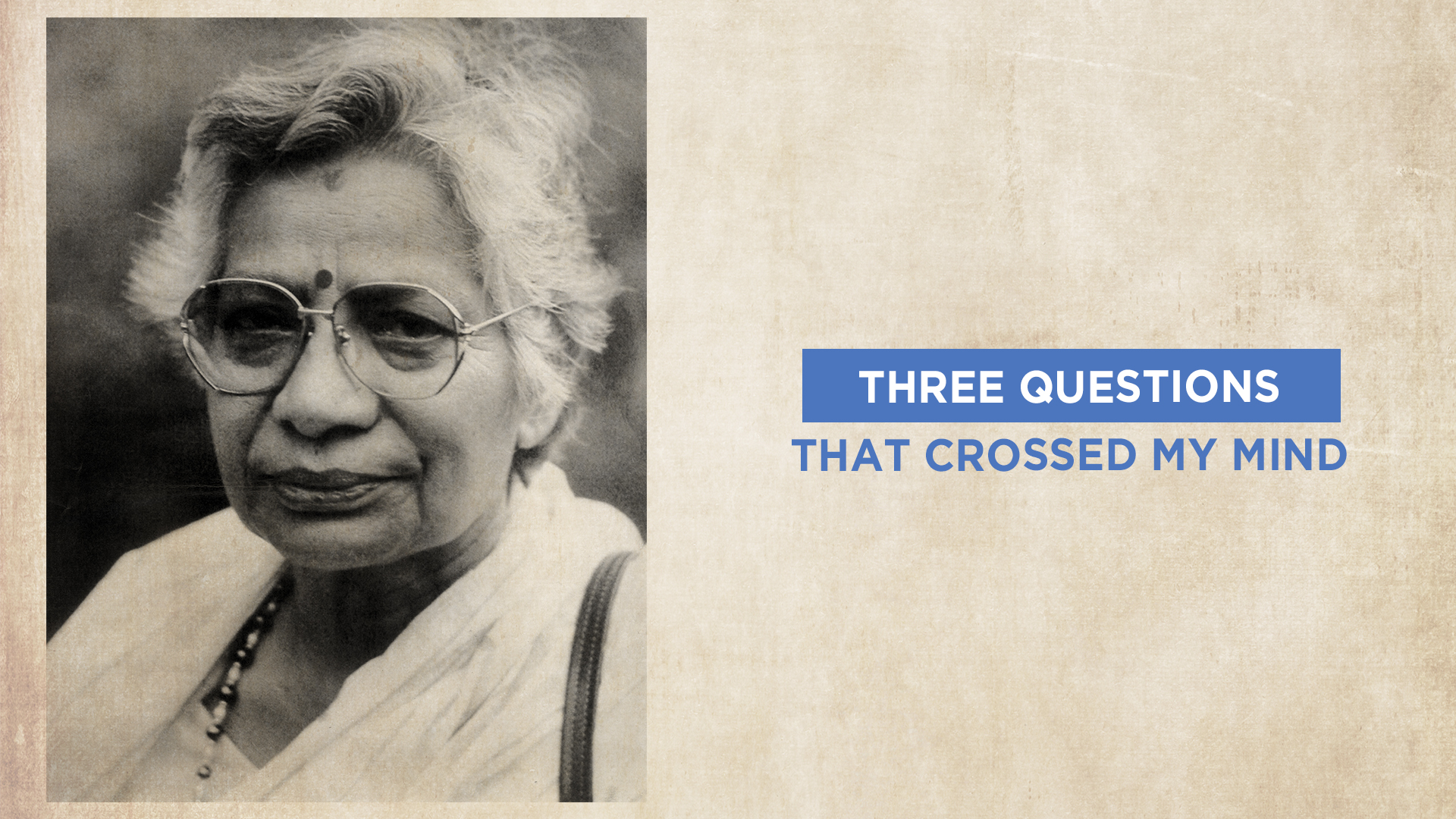 These three questions would continuously haunt me, but I could not show them to my family members. Everyone was worried, and I had to put a brave face. Additionally I had to worry about Sanu nani – Singh’s mother.