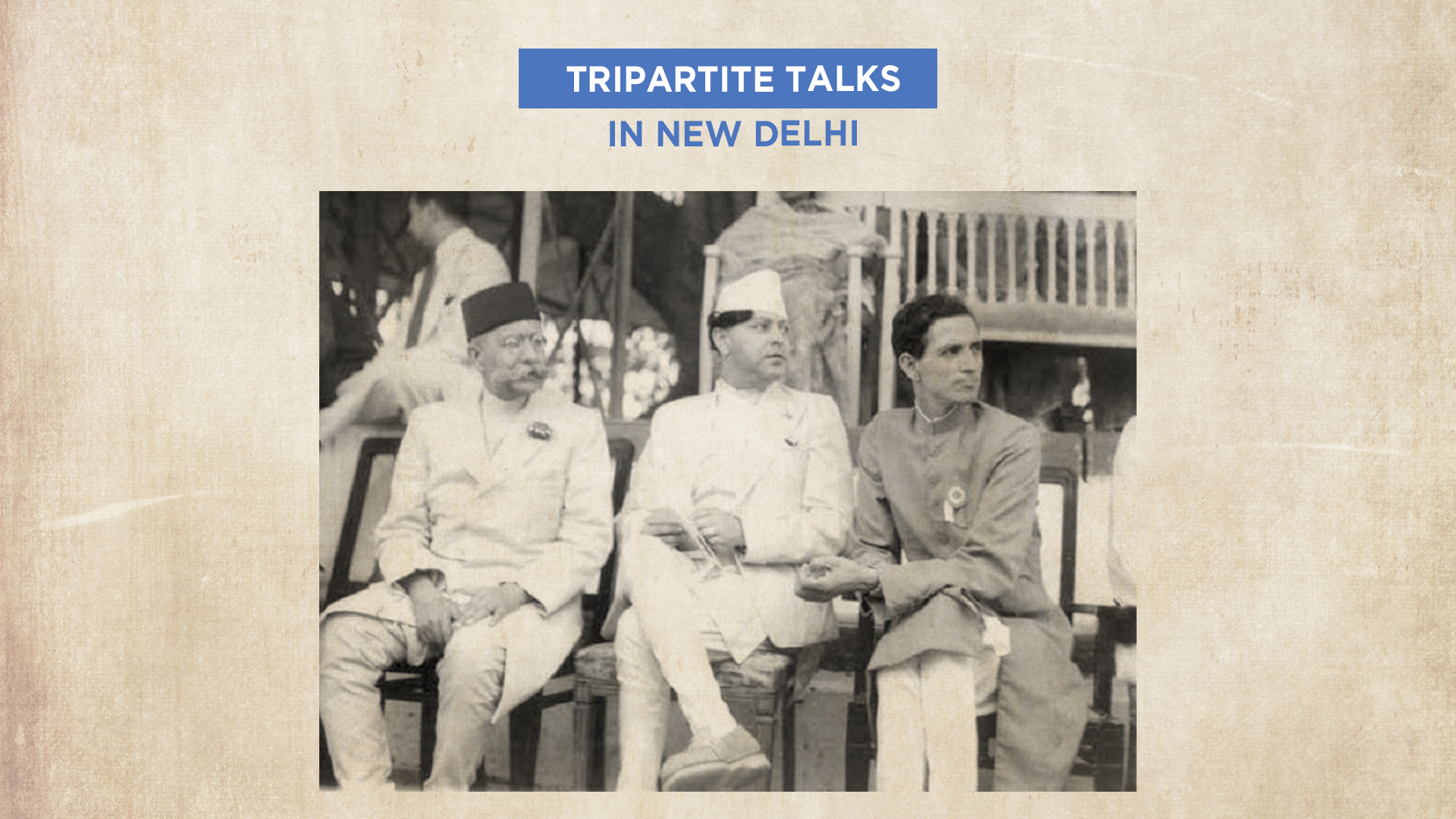 India being the mediator would not allow direct dialogue between the three parties, and would relay messages to each party. The Rana government insisted Gyanendra be declared the king of Nepal, whereas the Indian government did not agree.

Finally, an agreement was reached upon – King Tribhuvan would serve as the constitutional monarch while ushering democratic reforms. The reforms included a Council of Ministers of 10 ministers – 5 from the Rana government and 5 from Nepali Congress. The tripartite agreement also mandated the formation of a democratic constitution within two years. 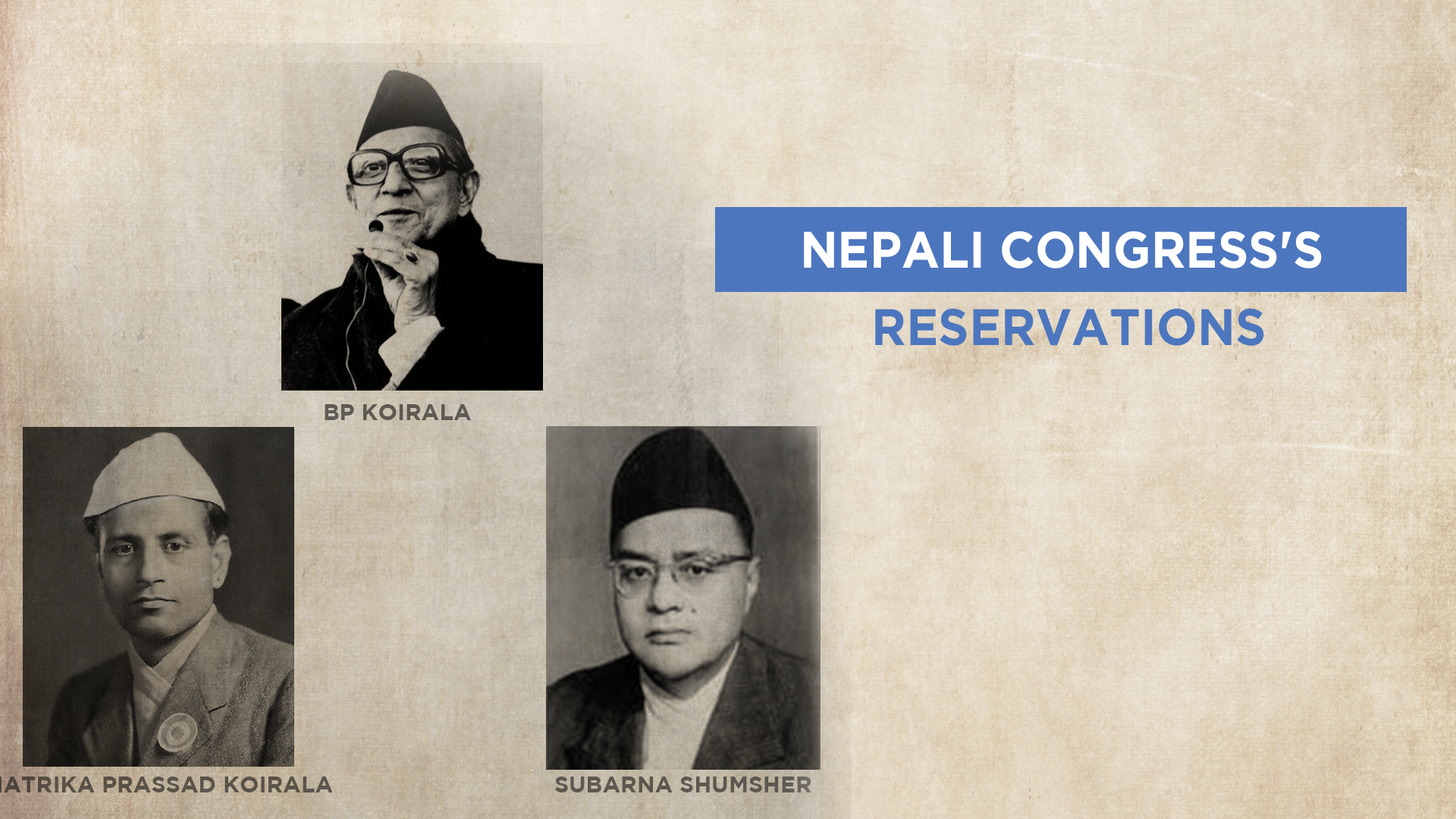 Nepali Congress had a few reservations about the tripartite agreement. They were of the view that the ministerial cabinet which was to include five ministers from the Rana government would create an air of uncertainty around the establishment of democracy in Nepal, and further prolong the Rana rule. They raised the same reservations with India.

Jawaharlal Nehru, who was actively mediating the dialogue, explained to leaders of Nepali Congress that reforms should be introduced gradually, and that this was the first, but an important step towards democratic reform in Nepal.

Leaders, although not entirely convinced, agreed to Nehru’s view. In return they insisted Nepali Congress should receive the important ministerial portfolios. 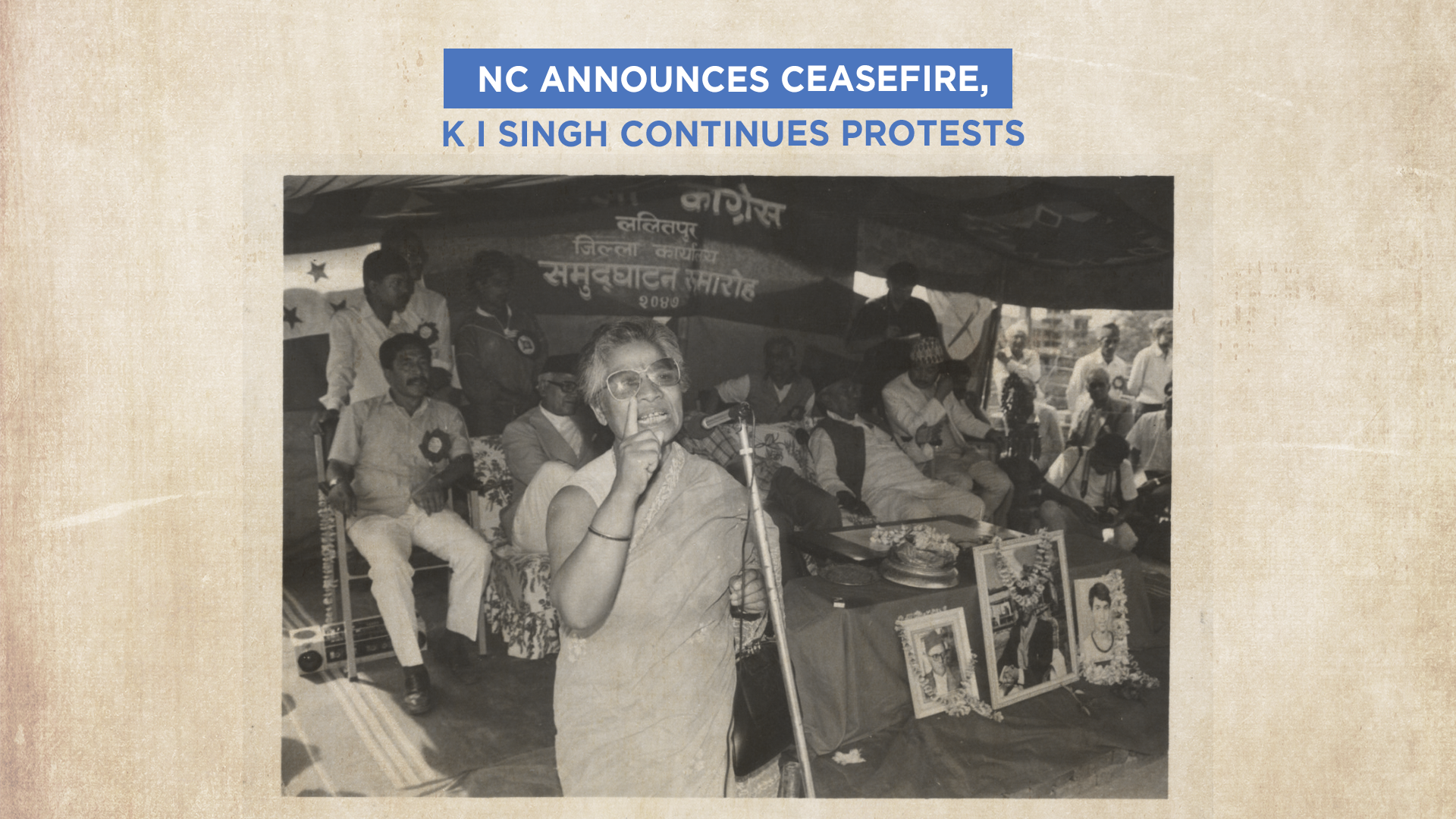 Mukti Sena, Nepali Congress’s Liberation Army had been demonstrating extraordinary results since the launch of the protests. It had been able to successfully capture several territories in Nepal.

Following the tripartite agreement, Matrika Prasad Koirala, on behalf of Nepali Congress announced a cease fire. Mukti Sena obliged – with one exception – Kunwer Inderjit Singh. Dr K I Singh, who had been leading the armed revolution from Bhairawaha was of the view that the Delhi Accord (the tripartite agreement) was a betrayal.

Dr K I Singh continued protests, and an arrest warrant had to be issued to suppress his movements – however, that is in a later stage.

Nepal Women’s Association too at the time staged a protest against Prime Minister Mohan Shumsher.

Meanwhile in Kathmandu, a reactionary party emerged under the leadership of Babar Shumsher’s grandson Bharat Shumsher. The new party Khukuri Dal, would go about terrorizing the people of the valley, carrying naked Khukuri in their hands, forcing shopkeepers to pull their shutters. The members of Khukuri Dal would also harass passersby.