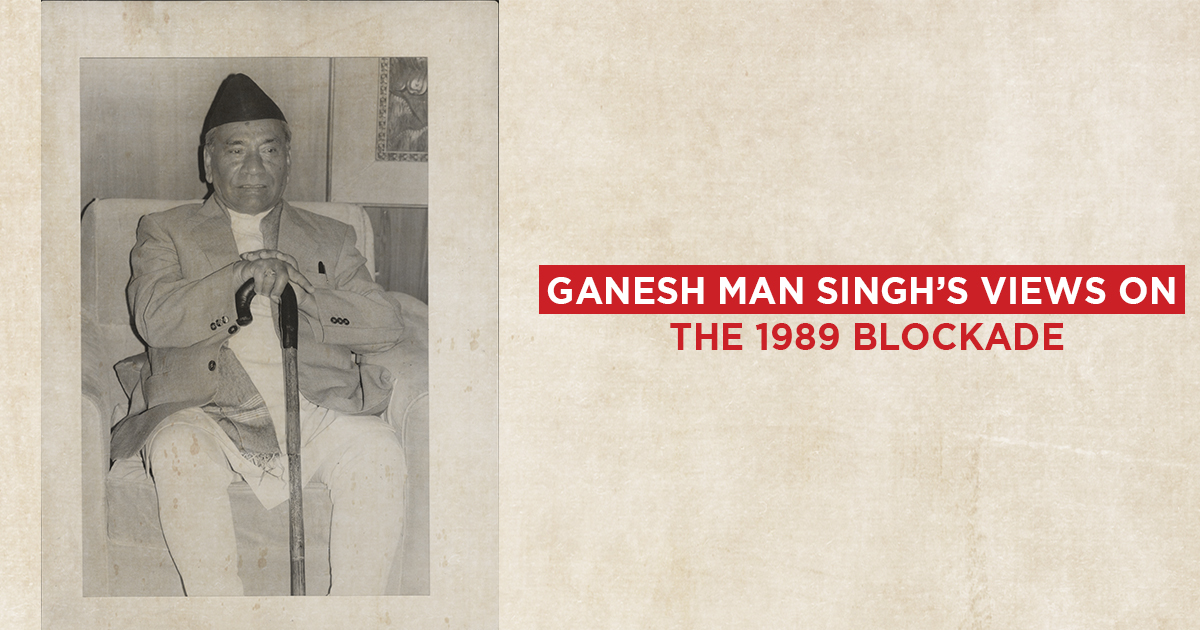 No other option but to protest:

“His Majesty’s government must abandon the Panchayat System which thrives on flattery and empty promises, and instead pay attention towards the solutions presented by us. If the king has a solution which is better than what has been presented by us, we are willing to consider it – however those views must be made public. The king must discuss with us, and accordingly lead the way out of the crisis”, Ganesh Man Singh said in an interview.

“Nepal belongs to everyone, and everyone loves Nepal equally. Even though Congress, Communists, and Panchayatis differ in political ideologies, when such a time (as this) arrives, we must keep Nepal above political differences. It is everyone’s duty to work towards instilling such culture and beliefs”, Singh added.

“We are eager and ready to lead Nepal out of the current crisis, but not to contribute towards the sustainability of the current political system – we are committed to solving the national crisis and to restore the rights of the people”, he added.

What is the national crisis?

When asked what is the view and policy of Congress in relation to the national crisis, Singh answered: 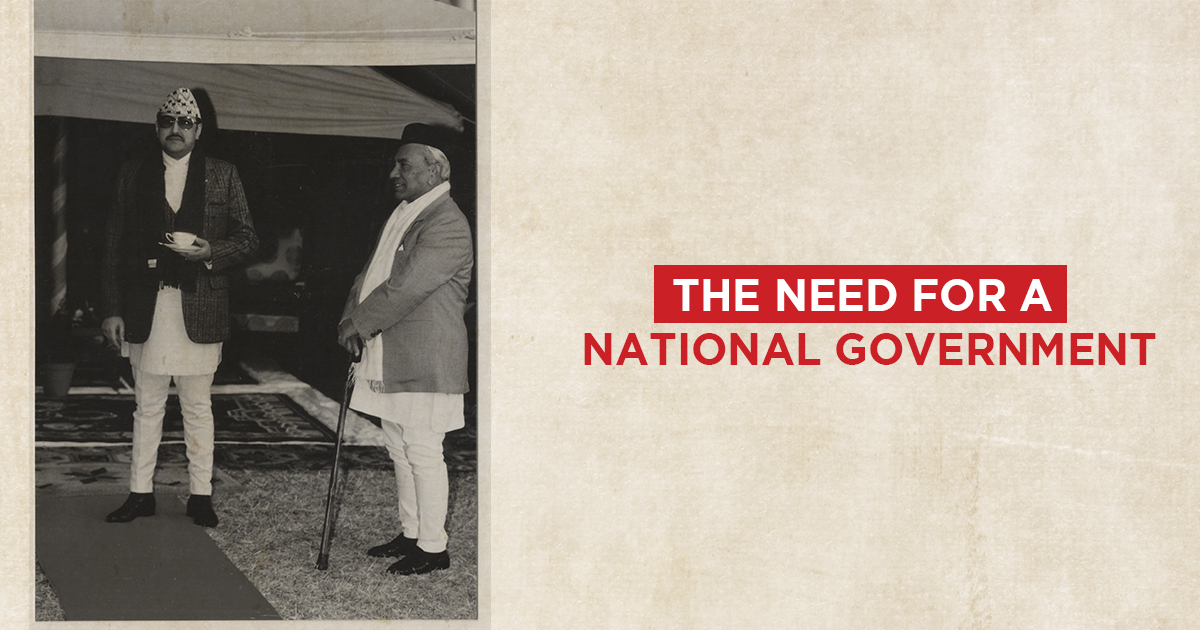 The need for a national government:

“Whereas concrete policies are considered, ours are the most specific and concrete. In this current situation we believe national unity is paramount – which is achievable via the formulation of a national government representing all sectors. A political party does not change its colors with time”.

When asked about the justification for a national government, Singh said:

“In Mangshir last year, when I had met his Majesty, I had humbly reminded the king that the need for a national government is important owing to the national crisis we might have to face – that prophecy has proven true. My party too had reiterated the same message via a press release”.

“Unlike the Panchayat System, a national government will have more stances, and will not hide behind the King when faced with failure. The King’s importance and dignity must be kept as a final weapon in the artillery, and must be used only as a trump card when faced with no other options”, Singh added.

Two Treaties or one?

Background: The 1989 virtual Indian economic blockade was arrived after Nepal and India arrived upon an impasse over trade and transit treaties. Nepal, as they had had since 1978, wanted two pacts (which would separate their important transit rights from trade and commercial ties to India), whereas India wanted Nepal to maintain one.

However, several geo-political factors, including King Tribhuvan’s closeness to China were also cited for the virtual economic blockade. It is also believed that King Tribhuvan was  annoyed with India as the India consistently allowed opposition parties of Nepal to use Indian soil to launch agitation against the Nepalese government.

“If there is no feeling of mutual cooperation and trust between two countries, any number of treaties will prove void. If there is trust and cooperation, one treaty will also work – main thing being the two countries’ should trust and understand each other. Today, the Panchayatis are talking about two treaties – where were they between 1960 to 1978? Did we have our trade rights curtailed then? ”

When asked that ‘transit rights are our rights’ by the journalist, Singh replied:

“Isn’t democracy our right too – do we have that?”.

Singh proceeded to blame the political system for the crisis they had been dealt with. “This government is not concerned with national unity, universality, self-respect, pride, or prestige – it is only concerned with protecting its power. It sells the crisis on the basis of national pride, but it has actually failed its people”, Singh said.

“Won’t this comment of yours tarnish your nationalist image?” Singh is asked.

“That is what the Panchayatis do. This system of governance fulfils their necessity; hence they do not talk about systemic change. When time comes to prove their nationalism, they flee. And now they talk about nationalism? History is witness that those who fight for the nation’s democracy, those who struggle, and even give up their lives for national cause – those are true patriots. In Nepal, who has that image? The public knows very well who loves Nepal truly. Let the Panchayatis say what they wish to”.