“This honour belongs to the people of Nepal”: Ganesh Man Singh

“The United Nations, after honouring me with the Human Rights Award has shouldered a huge responsibility upon me. If I will be able to fulfil the obligation or not, only time will be able to tell – however it will be a huge test of my own will”, Nepal’s respected statesman Ganesh Man Singh said to gathered Nepalis in New York.

The above statement was expressed by Singh at Dag Hammarskjold Plaza in New York amidst a welcome program in honour of Ganesh Man Singh organised by the America-Nepal Friendship Society.

“Following the Revolution of 1951 A.D., after I was released from jail, the people of Kathmandu placed a huge responsibility upon me after declaring me as their leader. Despite my protests, they shouted ‘Bir Ganesh Man – Zindabad, Our Leader – Zindabad’. Thus, I was made their leader, and I with much difficulty continued to represent them throughout my life. Now, with the addition of this honour, my responsibility has expanded internationally too”, Singh said to the gathered crowd.

Singh also spoke on the importance of Nepal’s democracy, and said that Nepal’s democracy wasn’t completely rid of its woes. “Today’s problems have arisen due to the ill-intentions and immoral activities of a few politicians”, Singh said. “In a democracy, its leaders have to adopt high moral values – only then democracy will be sustained”, he added.

“In Nepal, democracy, nationalism, and Nepali Congress are neatly intertwined – if one fails, the other two do so too. Nepali Congress was able to restore democracy with great difficulty and free the people of Nepal from the clutches of the monarch after 1991 A.D, however that same democracy is under threat by its own leaders”, Singh added.

Singh after receiving his award at the UN Headquarters, New York in 1993, returned home to be greeted by a large number of people near his home at Chaksibari, Chhetrapati. In his address Singh said:

“I will work tirelessly as a ‘watch-dog’ of human rights and democracy. If I perceive a threat to them from anywhere, I will be ready to attack.”

“This honour has been awarded to me by the United Nations due to the sacrifices of the people; I am simply its caretaker.  Now, I entrust it to you”, he said.

Singh amidst another ceremony dedicated to honour the martyrs of Nepal at Shahid Gate had reiterated the same message he had given to Nepalis in New York – that he simply was the recipient of the award, it truly belonged to the people of Nepal. “Years ago, this responsibility of fighting for the people’s democracy was entrusted to me by Shahid Ganga Lal – I continue to do so with pride”, Singh said. 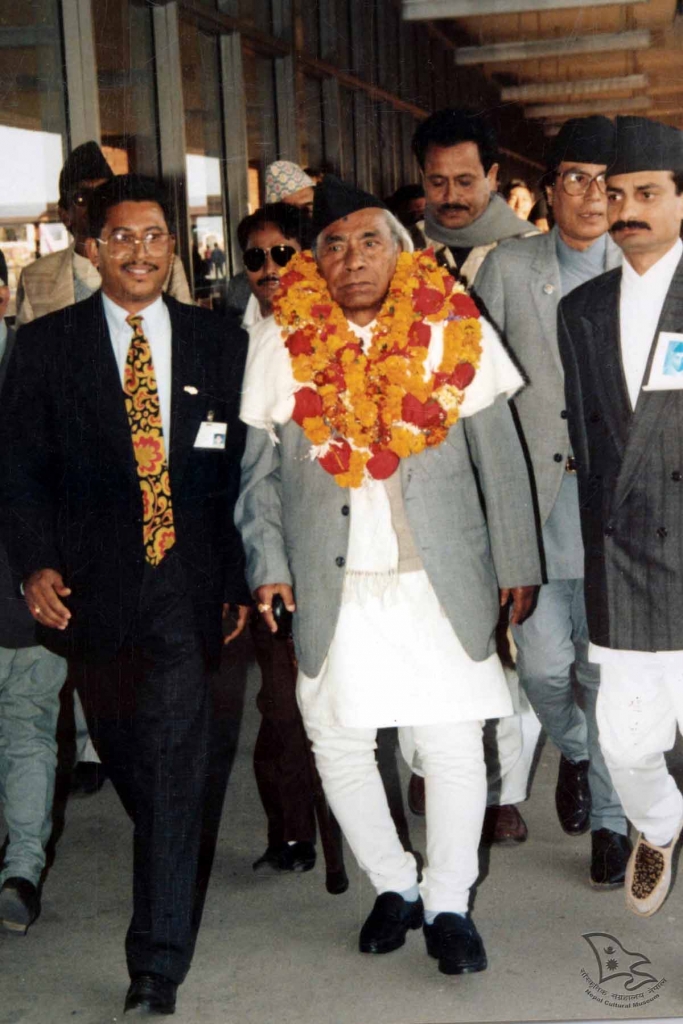 “During the people’s revolution of 1991 AD too, I asked for the support of the people. Hadn’t they trusted and supported me; we wouldn’t have seen the rays of democracy shine in Nepal. Subsequently, human rights were restored. If I hadn’t received the support of the people, forget Ganesh Man Singh, the existence of Nepal too would be under threat”, Singh added fiercely.

When asked by reporters about his feelings after receiving the award, Singh said:

“I have received several awards in my life. However, I haven’t been this elated prior. I am truly happy to have received this honour because this award has been made possible by the sacrifices of the people”

Note: Ganesh Man Singh was honoured by the United Nations with the Human Rights Award in 1993 for his outstanding contribution in the field of Human Rights. Singh is the first Statesman from South Asia to receive this prestigious award. 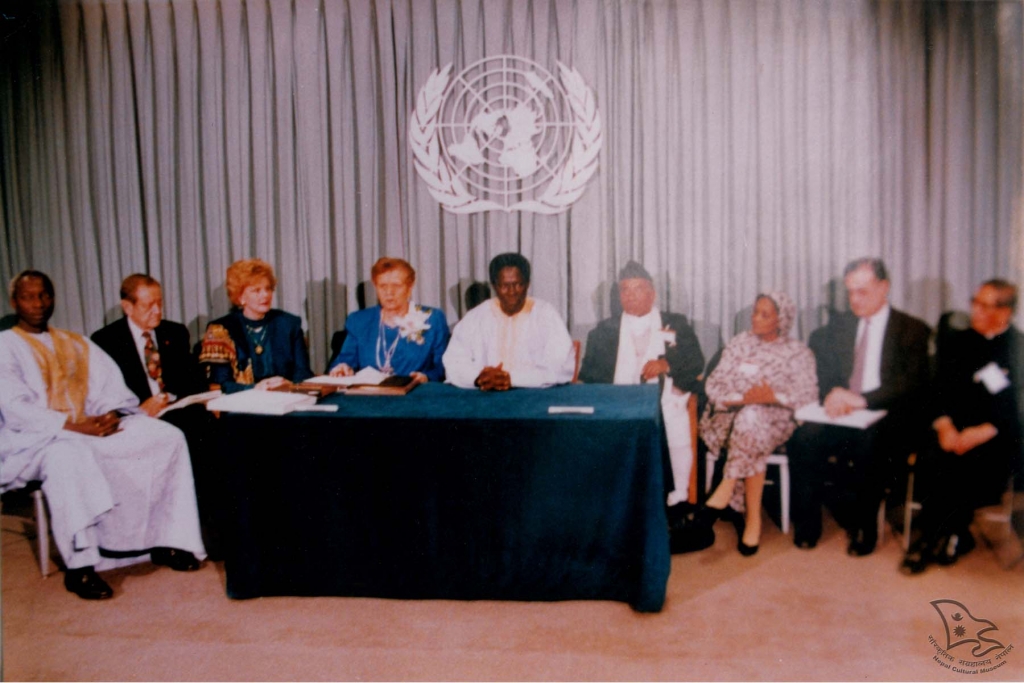